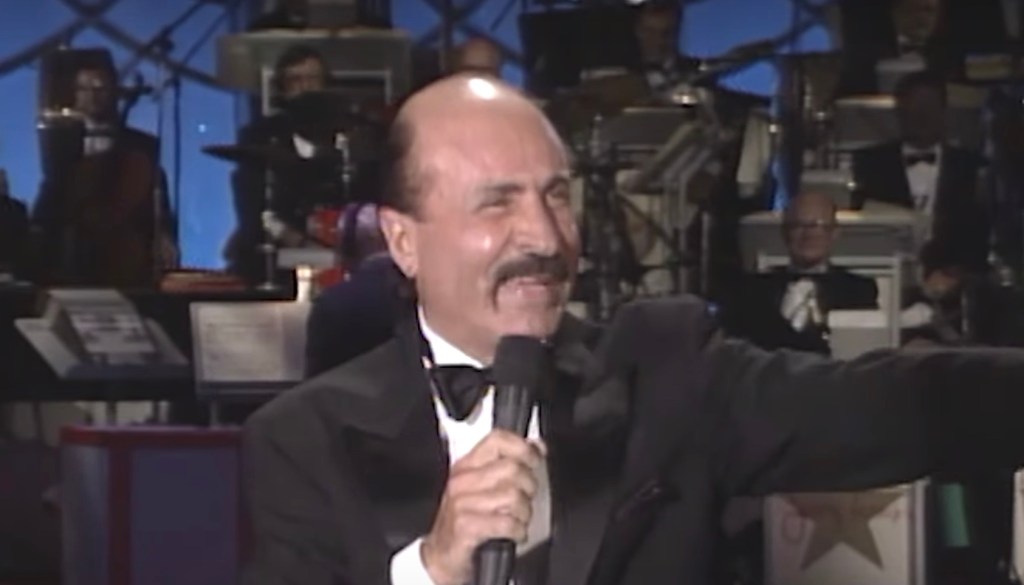 Mal Z. Lawrence, whose defiantly old-school Borscht Belt stand-up comedy delighted audiences and happily surprised critics when the Catskills on Broadway revue became a hit in 1991, died Monday at a hospice facility in Delray Beach, Florida. He was 88.

His death was announced to The New York Times by his talent agent Alison Chaplin.

The comedian Marilyn Michaels, who co-starred in Catskills on Broadway, wrote in a Facebook tribute, “The passing of Mal Z Lawrence is cause for great sadness, as he was a terrific talent and a very funny guy.. A true Bon Vivant. Attention must be paid! …RIP Mal Z.. you are making the angels laugh.”

Born Manny Miller in the Bronx, Lawrence became interested in comedy during an early-1950s Army stint. Performing for other soldiers as half of a duo patterned on Jerry Lewis and Dean Martin, Lawrence soon played the Jewish resorts of New York’s Catskill Mountains and then other clubs and casinos across the country.

Though he never enjoyed the crossover TV success of similarly styled comics like Buddy Hackett, Shelley Berman, Rodney Dangerfield, Shecky Green or Freddie Roman, Lawrence carried the banner of the classic style well into the 21st Century, performing at clubs where his audiences cheered every punchline about the differences between married and unmarried couples, the dining habits of Jewish vacationers and the driving habits of elderly Floridians. (Florida, he’d say, was the only state where cars appeared to be driverless – “Just little shrinking people underneath the dashboard.”)

In 1991, Lawrence, along with fellow comics Michaels, Roman and Dick Capri, opened Catskills on Broadway, a show that was exactly as its name suggested. Each of the four comics brought a finely tuned 30 minute set to the stage of the Lunt-Fontanne Theater, where for more than a year the show played to audiences of longtime fans and newcomers charmed by a comedy style that seemed – but clearly was not – long past its expiration date.

After New York, Catskills on Broadway embarked on a successful tour and was recorded for a film adaptation in 1993.

Lawrence returned to Broadway in 1997, when he took on various supporting roles in a revival of Candide directed by Harold Prince and starring Jim Dale and Andrea Martin.

He is survived by wife Patty.

Alexandra Daddario Gets Real About ‘Pressure’ From Book Readers When She Was Doing Percy Jackson And How Her New Series Compares
Lil Keed’s New Song “Long Way to Go” Released: Listen
What’s Next for Mugler?
Boygenius, LCD Soundsystem, and Steve Lacy to Headline New Re:Set Concert Series
How Knock At The Cabin Leaves Out The REAL Horrific Ending