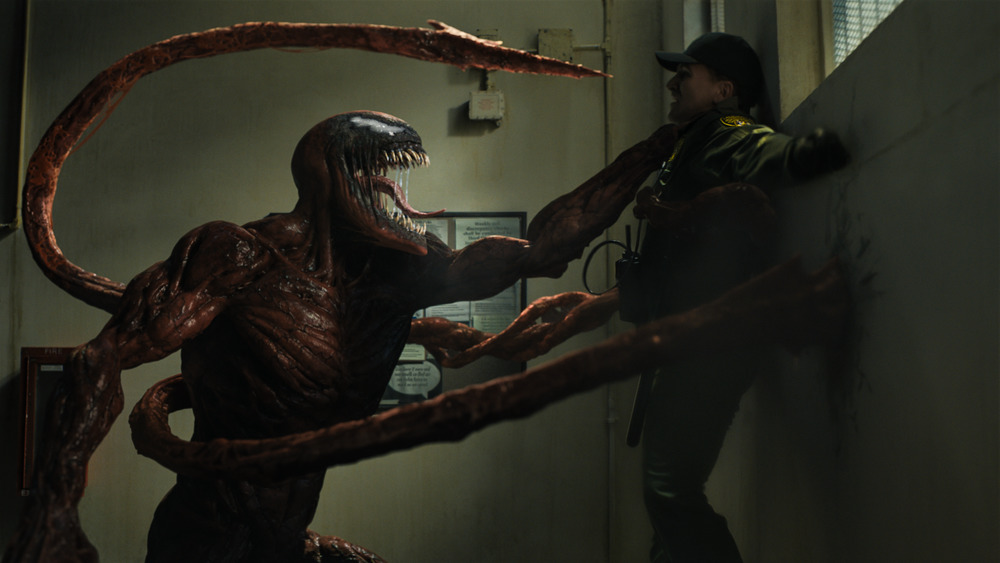 It was the worst kept secret in Hollywood that Sony was bound to vacate Venom: Let There Be Carnage from its Oct. 15 release date, but after the enormous $90M Labor Day weekend success of Disney/Marvel’s Shang-Chi and the Legend of the Ten Rings, the Culver City lot has decided to go earlier with their own Marvel sequel on Oct. 1.

Venom: Let There be Carnage will screen in 3D, PLF and take over all the Imax screens. Tickets go on sale Wednesday.

This returns Venom to its early October stomping ground, the first movie in 2018 setting an opening domestic record for the month with $80.2M before Warner Bros’ Joker pushed the Marvel pic to No. 2 for October a year later with $96.2M. I’ve heard that tracking among males is really hot for Venom 2, and Sony has every reason in the world to keep it in 2021 versus pushing the Andy Serkis-directed pic to January 22 (which was the rumor).

Had Venom 2 remained on Oct. 15, it would have been in a fierce franchise fight with Universal/Blumhouse/Miramax’s Halloween Kills. That movie’s first pic back in 2018 posted the second best domestic debut in October at the time after Venom with $76.2M; Halloween now ranking third overall among domestic openings at the October B.O.

With Venom 2‘s move to the first weekend of October, the month remains intact as a hotbed for blockbusters.

Originally, Sony had Hotel Transylvania 4 on the first weekend of October, but opted to sell it to Amazon for a reported $100M given the forecasted uneasiness of family audiences (which turned up at 12% for Shang-Chi this past weekend and are expected to come out in the weeks to come; just look at how Jungle Cruise has been holding). Also Hotel Transylvania 4 was up against MGM/United Artists Releasing’s Addams Family 2 on Oct. 1, and two big family pics in the marketplace were certain to cancel each other out. Venom 2 vs. Addams Family 2 is a fair fight demo wise, however, the latter has opted to go theatrical and PVOD day-and-date. Also opening on Oct. 1 is New Line’s Sopranos prequel The Many Saints of Newark which will also be day-and-date on HBO Max.

The rest of the big wide releases for October are MGM/UAR’s No Time to Die on Oct. 8, Halloween Kills on Oct. 15, Warner Bros./Legendary/HBO Max’s critically acclaimed Dune on Oct. 22. and Focus Features’ Edgar Wright movie Last Night in Soho on Oct. 29.