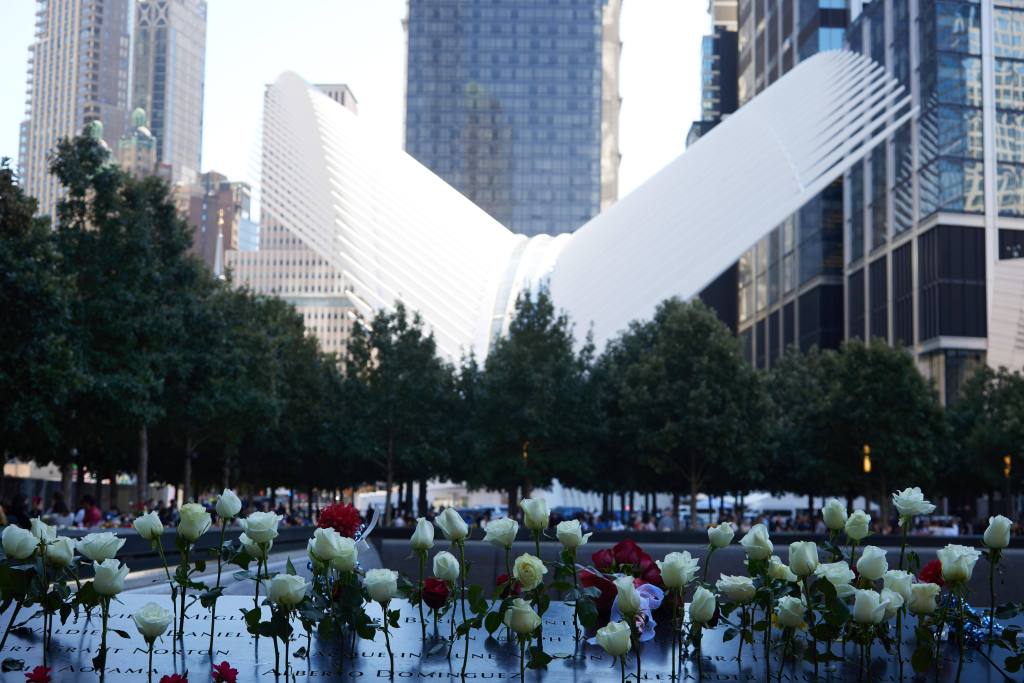 Nationwide and global remembrance of 9/11 made its way to the Creative Arts Emmys as The Mandalorian’s Ming-Na Wen and Saturday Night Live production designer Keith Ian Raywood commemorated the 20th anniversary of the terrorist attacks on Saturday.

Before presenting Emmy awards for sound mixing and cinematography on Saturday, Wen addressed the crowd of fellow Hollywood creatives, who she says have helped the nation get through the toughest times.

“The events of September 11 twenty years ago completely changed our lives,” she said. “All of you here tonight are proof that creativity prevails in the hardest times. Art heals. And while we are all living through a global pandemic,  your talent is helping the world endure it.”

Also sharing thoughts about 9/11 upon its 20th anniversary was SNL’s Raywood. The Emmy-winning production designer, who snagged another award on Saturday, remembers returning to the long-running sketch show after the historic attacks.

“It occurred to me at that time I was working on something much more important than a variety show, which was a part of people’s lives,” he said.

Saturday Night Live’s first show after 9/11 remains one of the venerable sketch program’s most memorable — and poignant — episodes.

Nearly 20 years after the attacks, a global pandemic also sidelined Saturday Night Live for a period of time. The series returned to the studio amid Covid-19 protocols and threats of new variants. Raywood also used his speech to praise SNL‘s own “frontline” workers.

They were among the many Hollywood figures reflecting on the historical moment on Saturday. Bob Iger, Viola Davis, Reese Witherspoon and more were among those who shared their reactions on social media earlier today.

Additional highlights of the evening included celebrations of diverse storytelling and praises for representative talent behind and in front of the camera. Upon receiving the Emmy for Outstanding Contemporary Hairstyling, Pose stylist Barry Lee Moe dedicated the win to the transgender community, shouting out Mj Rodriguez, Indya Moore, Janet Mock and more.

“Pose demanded visibility and let the trans community worldwide be seen with love,” he said. “This moment is for the trans people who have felt disregarded in this world and yet have found the courage and strength to push through. This award is for those trans human beings whose lives have been cut short by ignorance and violence.”

“Thank you for being you, we see you we love, you, we know there are so many sides to you,” she said.

Additional highlights of the two-night Creative Arts Emmys will be edited into a two-hour broadcast to air Saturday, September 18 at 8 p.m. ET/PT on FXX.