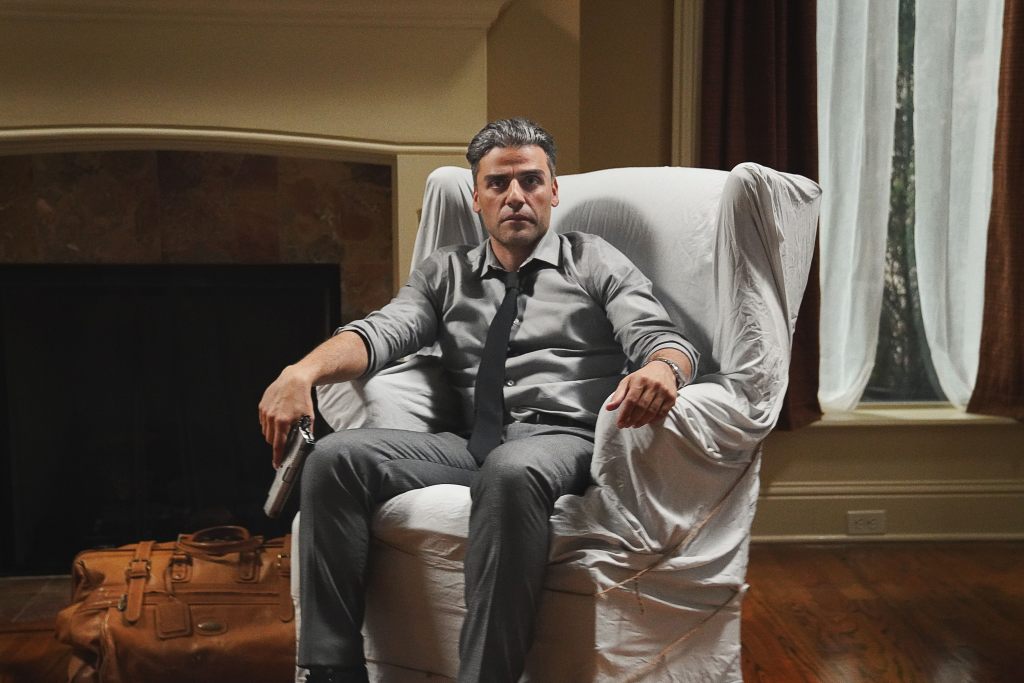 Focus Features landed another specialty success with The Card Counter, Paul Schrader’s biggest directorial opening in over 30 years since 1987’s Light of Day and with a likely No. 8 ranking at the North American box office this weekend.

The film – starring Oscar Isaac, Tiffany Haddish, Tye Sheridan and Willem Dafoe — ran in 580 theatres in 119 DMAs for a three-day estimate of $1.1 million and a per theatre average of $1,890. It’s 86% Certified Fresh after festival premieres in Venice and Telluride.

That’s the second-highest specialty opening of the year after documentary Roadrunner: A Film About Anthony Bourdain, also from Focus, which opened at nearly $2 million in 927 theaters (and finaled at $5.2 million). The distributor’s Matt Damon-starrer Stillwater has also had a strong run.

Like most Focus releases, The Card Counter has a 17-day exclusive theatrical window. President of distribution Lisa Bunnell told Deadline that’s key. So is marketing a title hard and focusing campaigns purely at theatrical while a film is, in fact, only in theaters. Basically doing what distributors did before Covid.

Marketing films for theatrical and streaming/PVOD simultaneously did not happen pre-pandemic and poses an obvious problem for theaters.

Nationwide releasing also seems to be effective these days, versus platforming. It’s about “going into core theaters [across the country] and getting the most out of them,” versus starting at a few NY and LA locations and building out from there, she said.

The Card Counter is a prestige film with a famous director and cast that created a lot of festival buzz. Focus releases Cannes drama Blue Bayou next weekend from writer-director Justin Chon starring Chon and Alicia Vikander. Bunnell and other distribution execs say the test of specialty will be how it performs in coming months as more films like these roll out ahead of awards season. The more product, the more people will come out, they believe.

They’re already seeing signs of recovery in strong or rising numbers at a handful of cinemas from Alamo Drafthouse theaters to the LA Landmark, to BAM in Brooklyn.

“It’s like little crocus shoots,” said Howard Cohen, co-president of Roadside Attractions, which had strong weekend with niche film The Alpinist in 173 locations.

From Peter Mortimer, the Telluride 2020 film uses never-before-seen footage of the elusive climber’s breathtaking ascents. Cohen said it did well in cities from Denver to Portland, Seattle, Albuquerque and, apparently, Boston that loved other climbing docs like Free Solo and The Dawn Wall (also by Mortimer). Marketing included direct outreach to climbing clubs. It’s a film that people can tell would definitely be best viewed on the big screen. It won’t be available anywhere else in any case until later this year.

Cohen said it will be expanding to between 50 and 100 more theaters in week two.

Elsewhere in speciality, Shout Studios opened feature Language Lessons in 44 theaters for an estimated weekend gross of $27,700 and per theater average of $625. Co-written by and starring Mark Duplass and Natalie Morales and directed by Morales, Language Lessons premiered at the 2021 Berlin Film 2021 and won the SXSW Narrative Spotlight Audience Award.

Sony’ presentation of AFFIRM Films and the Kendrick Brothers’, in association with the Fatherhood CoMission, documentary Show Me The Father, opened to weekend debut of $700,000 on 1,073 screens, for a per screen average of $652.