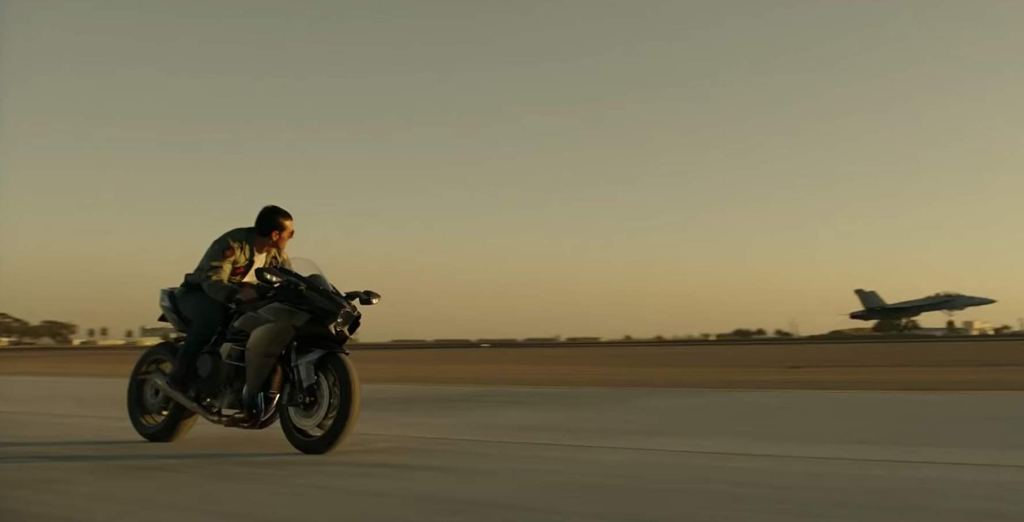 Rich Gelfond said he’d love Paramount to rethink Top Gun: Maverick’s recent move from this fall to next May, but it’s not likely. “I have spent a lot of time close to a lot of the decision makers at Paramount and… in Top Gun they think they have something very special. Tom Cruise waited more than 35 years to make that movie,” he said. “I think they just feel that for that franchise, and with that kind of quality, they want to make sure the box office is 100%.”

“It is so good as a matter of fact I tried to urge them [to keep the date] because I think that whatever conditions there are, people would flock to see it. But I think they just want perfect conditions around it,” Gelfond told a media conference Monday.

Top Gun: Maverick was originally slated for December 2020, then moved to November 19 of this year and was recently bumped to May 27, 2022. Cruise’s other Paramount tentpole, Mission: Impossible 7, also moved — from Memorial Day to September 30, 2022.

Gelfond, seen frequently on TV and in interviews pounding the table for exhibition, says prospects for theaters are looking brighter by the day, the Top Gun move notwithstanding. Disney (which he slammed last week on CNBC for being slow to act on evidence that theatergoers are back and jettison day-and-date releases) subsequently agreed to to do just thank for the rest of its 2021 slate. MGM/UA is keeping No Time to Die in place on October 8 and Sony even moved Venom: There Will Be Carnage up three weeks.

“So between the combination of those things, the fact that Top Gun moved, I am personally disappointed, but it will not be very negative for us and a tremendous positive in 2022,” Gelfond said during a virtual Q&A at the Bank of American Merrill Lynch Media, Communications & Entertainment confab.

He said the data is clear that it makes no sense to put blockbuster films on streaming services day and date.

“The other night I was so happy, I was at the U.S. Open and there was a commercial by [No Time to Die star] Daniel Craig for Heineken, and it said, ‘In theaters in early October exclusively.’ I was high-fiving people and they must have thought I was nuts because it was only a Heineken commercial.”

He’s not gonna lie – Warner Bros opening highly anticipated Dune, which got a lengthy standing ovation at its Venice premiere, day and date with HBO Max, smarts, and he’s not alone. “It’s really a shame… If there was ever a movie that was meant to be in theaters” it’s Dune, he said. “I understand, WarnerMedia has committed to that strategy and felt it was too late to change.”

The slate going forward is still “as good an end of the year as we’ve ever had,” he said. Ditto for 2022.

Asked about the chance of future shutdowns, he said: “I hope this isn’t wishful thinking, but I think we are in a different phase of the worldwide pandemic. I think lockdown and government regulation will be different.”

Sports is back, rock concerts, restaurants, some with vaccination requirements, some outdoors, “but society has adapted. It’s not looking at lockdowns but how to make people feel safe. I do not think there is a risk of significant theater shutdown going forward.”