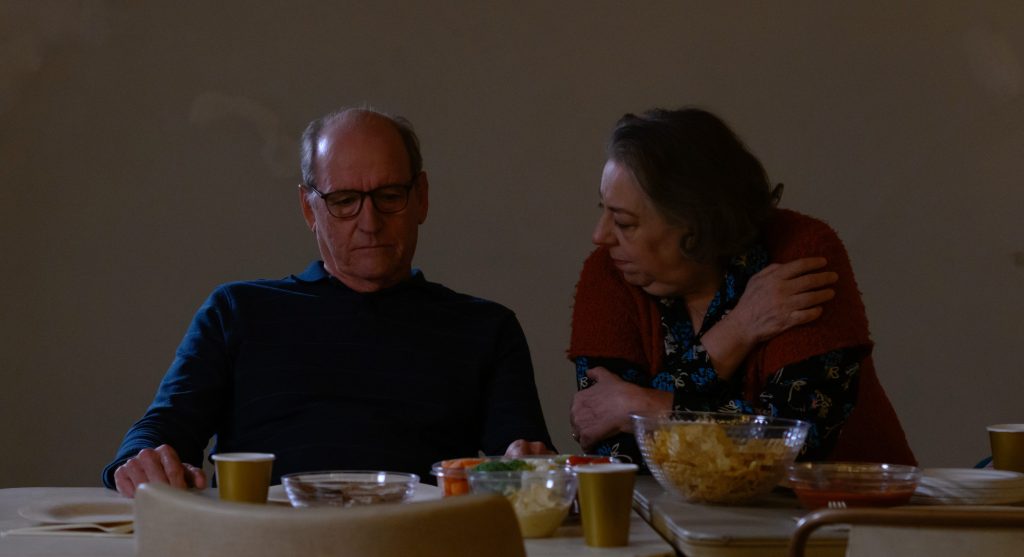 Following The Humans premiere at the Toronto Film Festival, where it currently counts 85% positive on Rotten Tomatoes, A24 said Friday that Stephen Karam’s feature adaptation of his 2016 Tony-winning play will open in theaters and air on Showtime on November 24. It also dropped a trailer.

The entire film, and play, takes place in Brigid’s new, large, pipe-bearing NYC apartment which has water bugs the size of rats. The family bickers, jokes and discusses the challenges they’re weathering in their middle-class lives. Deadline’s Jeremy Gerard wrote at the time of  The Humans’ Off Broadway debut, “The play’s growing darkness links the Twin Towers attack of 9/11 through the devastation of Hurricane Sandy — a prism refracting the white light of their terror into a spectrum from the evil humans inflict upon ourselves to the force of nature we cannot control.”

Indeed, post-pandemic, The Humans has held up and we talk about its resonance 20 years after 9/11 with Karam, Jenkins and Houdyshell who came into our studio at TIFF. Take a look at that conversation above, and the trailer below: