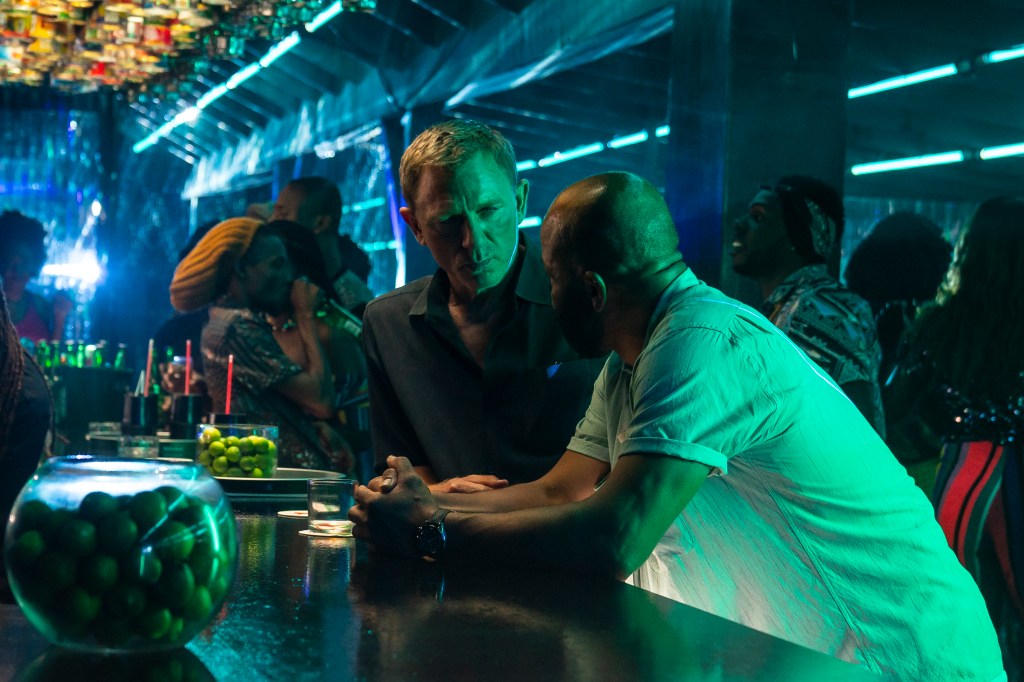 After 18 months of delay due to the pandemic, tickets are finally available for MGM/United Artist Releasing/Eon’s 007 movie No Time to Die. Daniel Craig’s swan song as the MI6 agent with a license to kill opens Oct. 8 in the U.S. and Sept. 30 in the United Kingdom.

Also, No Time to Die will be shown in 3D and RealD making it the first film in the franchise’s 59-year history to be released in that format.

In addition, No Time to Die will be booked in the jaw-dropping ScreenX / 4DX formats. ScreenX, the 270-degree exhibition format, will expand specially selected sequences of the Bond pic onto the left and right side walls of the auditorium, surrounding audiences with extended imagery which naturally fills their peripheral vision. CJ 4DPLEX worked closely with MGM Studios, Eon Productions, and the filmmakers to ensure the highest quality presentation of the film and selected key scenes and exclusive imagery for the ScreenX versions.

4DX provides moviegoers with a multi-sensory cinema-going experience, allowing audiences to connect with the pic on screen through motion, vibration, water, wind, snow, lightning, scents, and other special effects. Each 4DX auditorium incorporates motion-based seating synchronized with more than 21 different effects and optimized by a team of editors. To date, there are over 777 4DX auditoriums around the globe in over 67 countries.

Bond’s ride in his silver Aston Martin is so much better in D-Box, the motion-seat format which is available at select theaters; which times action on the screen with the individual motion control of the theater seats.

In No Time to Die, Bond has left active service and is enjoying a tranquil life in Jamaica. His peace is short-lived when his old friend Felix Leiter (Jeffrey Wright) from the CIA turns up asking for help. The mission to rescue a kidnapped scientist turns out to be far more treacherous than expected, leading Bond onto the trail of a mysterious villain armed with dangerous new technology. Ana de Armas, Rami Malek, Lea Seydoux, Ralph Fiennes, Christoph Waltz, Naomie Harris, and Billy Magnussen star.

Phoebe Bridgers, Blake Mills, Jackson Browne, and More Contribute to New Daisy Jones & the Six Album
Frozen’s Idina Menzel Reveals ‘Let It Go’ Change She Insisted On, And Why It’s Biting Her In The Butt Nowadays
Bill Maher Makes A ‘Private’ Confession About His Travel Habits On ‘Real Time’
Nia Long Reveals Why She Was Rejected During Charlie’s Angels Audition
‘Ant-Man & The Wasp: Quantumania‘ Hits Tracking With $120M Projected U.S. Debut: It’s All About Kang