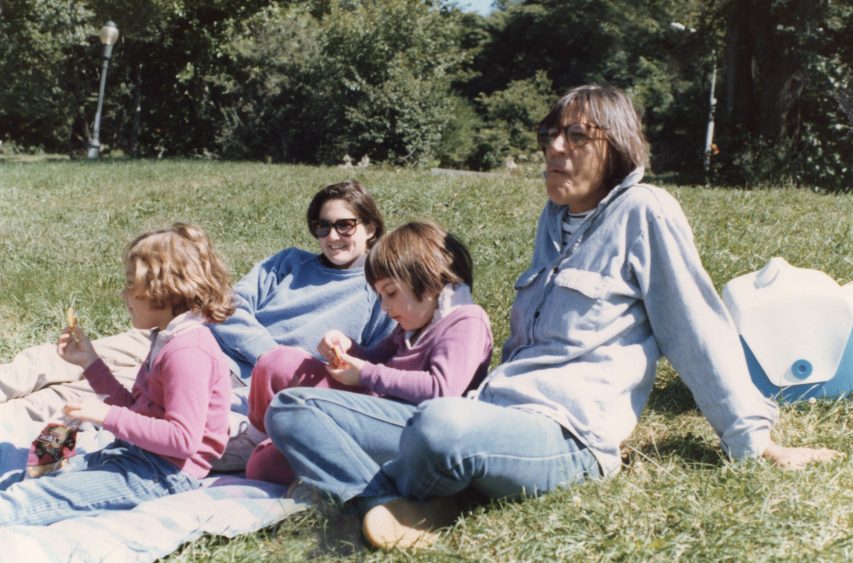 Filmmaker Ry Russo-Young has built a successful career in Hollywood, directing The Sun Is Also a Star (2019) and Before I Fall (2017), among other titles. Those two films were fictional tales adapted from novels, but for real-life drama she need look no further than her own childhood.

At age 9 Russo-Young became the object of a landmark custody dispute that hinged on the parental rights of same-sex couples, and the interests of a biological father who, from one point of view, was no more than a sperm donor.

“At first I didn’t want to necessarily make a documentary out of this story. I was thinking, in the beginning, it should be a narrative film,” Russo-Young commented during HBO’s TCA presentation on Wednesday. “Eventually, when I realized I needed to tell it as a documentary, part of that was because I felt that a documentary could get me closer to the truth of understanding my own feelings.”

The story goes back to the late 1970s when romantic partners Sandy Russo and Robin Young decided to start a family. Sperm banks would not cater to lesbian couples, eliminating the possibility of using an anonymous donor. Sandy gave birth to daughter Cade using sperm donated by a gay man to whom the couple had been introduced; in 1981 Robin gave birth to daughter Ry, using sperm donated by a different gay man, Tom Steel.

Steel saw Ry on rare occasions when she was growing up. Later, his relationship with Ry’s two moms deteriorated, and in 1991 he sued to be recognized as the girl’s father and for visitation rights. A four-year court battle struggle ensued, one that would test the definition of family.

“The birth mother was a lesbian and that wasn’t seen in a very positive light,” Russo said, reflecting on how the judicial system viewed the case in that earlier era. “It was always deemed that the best circumstance in which a child should be raised is with a mother and a father. And, in fact, Mr. Steel raised that argument–that it’s always in the child’s best interests to have a father. And she was seen as illegitimate unless he was in fact recognized as her legal father–that would ‘cure’ her illegitimacy.”

Russo, who was not Ry’s biological mother, was considered an outsider to the dispute and wasn’t even permitted in court. Such were the attitudes in that time before same-sex marriage was recognized as legal by the U.S. Supreme Court.

“Robin and [Sandy] were a couple but they weren’t a legal entity in the eyes of the law at that time,” noted producer Dan Cogan.

“We had no legal protections at that time,” Young continued. Added Russo, “There was no such thing as gay marriage. Just didn’t exist. And we thought it might never exist.”

In Nuclear Family, the director doesn’t simply present how her moms saw the legal conflict. Steel died of AIDS in 1998, but Russo-Young sought to understand his point of view by speaking with his friends and others who knew him well.

“It was interesting to me, fascinating really, that everyone that I interviewed on Tom’s side was so specific in their beliefs,” Russo-Young said, “and was really trying, I felt, to still change my mind and to have me see if from Tom’s perspective.”

Russo-Young has worked primarily in the fictional side of entertainment. Cogan saw that as an asset.

“The [series] is incredibly, intimately personal,” Cogan observed. “It was a gift that Ry came to this with such a strong background in scripted storytelling… She was able to separate from her emotions and see the narrative as a storyteller.”

Russo-Young credited her two picture editors for helping her maintain some level of objectivity. Together, they went through an archive of videotaped material documenting the legal case and Russo-Young’s upbringing.

“We, together, were able to look at a lifetime of footage,” the director noted. “And they helped me have perspective.”

For those closest to the case–Russo-Young and her two moms–the film has provided an opportunity to think about dramatic changes in American society over the course of just 30 years.

“The fact that gay people can get married now means that they are recognized as legal families,” Russo-Young said, “and that fact allows them protections that my moms didn’t have back in the day.”

Added her mom Robin, “We can’t believe how far everything has come. There’s still some distance to go, but the difference between when we were starting out as a family and now–it feels like eons.”