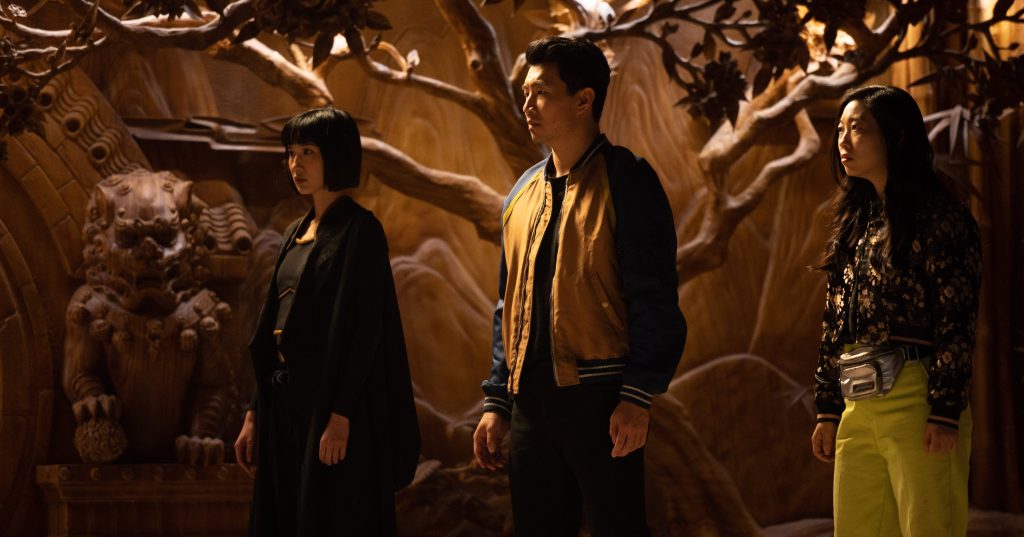 Disney/Marvel’s Shang-Chi and the Legend of the Ten Rings continues to crush any industry doubts about audience’s demand for stateside moviegoing, for as of today, the Destin Daniel Cretton-directed movie will become the highest grossing movie during the 2020-21 pandemic to date, clicking past Disney/Marvel’s Black Widow which stands at $183.4M through yesterday.

Shang-Chi accomplished this feat on a pure theatrical window, versus the controversial day-and-date Disney+ Premier strategy of Black Widow; the studio recently announcing that the Marvel Asian American Superhero feature will be available free to Disney+ subscribers on Nov. 12, Disney+ Day. The success of Shang-Chi at the domestic box office encouraged Disney to stick with a theatrical window release pattern for its remaining titles on its 2021 slate rather than push them to Disney+.

Shang-Chi is just $200K behind Black Widow through Thursday with $183.2M. It won’t be shocking if Shang-Chi reigns again in its fourth weekend at No. 1, the expectation that the MCU pic will file between $11M-$12M (down between 45 and 49%) ahead of Universal’s feature adaptation of Tony-winning Broadway musical Dear Evan Hansen, which has been slaughtered by the critics with a 37% on Rotten Tomatoes and expected to do around $10M.  At the high-end by Sunday, this will put Shang-Chi stateside at $195.2M.

Universal’s F9 remains the third highest grossing movie at the domestic B.O. during the pandemic with $172.97M, but the highest grossing MPAA movie globally with over $716.6M. Behind F9 is Warner Bros./Legendary’s Godzilla vs. Kong with $467.86M, then Black Widow with $378.7M WW and Shang-Chi with well over $326M around the globe.

Shang-Chi lead all movies at the domestic box office yesterday with an estimated $1.3M, -11% from Wednesday.

Shang-Chi shattered all Labor Day weekend box office records with an enormous $94.6M domestic opening. The movie catapulted Disney to the top spot of the summer domestic B.O. with $483M (not counting 20th Century Studios), ahead of Universal/Focus’ $407.4M.