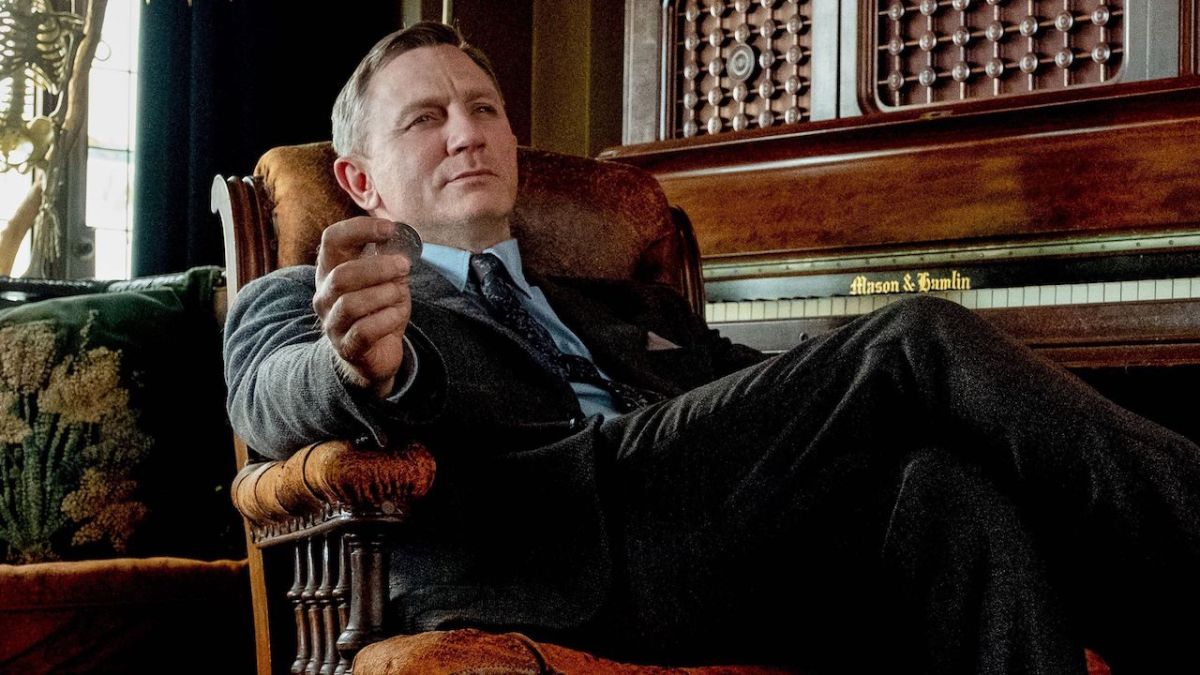 The last time we saw Daniel Craig on the big screen, he was playing private investigator Benoit Blanc, who used unorthodox methods to solve the mystery of novelist Harlan Thrombey’s death in 2019’s Knives Out. Now Craig is back for No Time to Die, and as he’s making the rounds plugging his fifth and final outing as James Bond, the actor compared his iteration of 007 with Blanc, namely noting how different they are from one another.

During an interview with The New York Times, it was noted how Daniel Craig had a “playful elusiveness and a comfort” when playing Benoit Blanc in Knives Out, which was in sharp contrast to the “rigidity” of his James Bond performance. When asked if he felt the Blanc role gave him a “much longer leash to play on,” here’s how Craig responded:

Daniel Craig’s acting career would be pretty dull if he was only hired characters who were just like James Bond, so he didn’t blink an eye at how different Benoit Blanc was compared to the character who’s previously been played by Sean Connery, George Lazenby, Roger Moore, Timothy Dalton and Pierce Brosnan. Wisely, Craig appreciated what made Knives Out unique, just like how he responded to Casino Royale back in the day. Both movies also ended up being critical and commercial success, so that’s a nice cherry on top of the proverbial sundae.

Sadly, for those who’ve enjoyed Daniel Craig’s run as James Bond over the last decade and a half, No Time to Die will bring this era of the long-running spy franchise to a close. Picking up five years after the events of Spectre, No Time to Die sees Craig’s Bond clashing with Rami Malek’s Lyutsifer Safin, with other new faces popping up including Lashana Lynch’s Naomi and Ana de Armas’ Paloma. UK audiences can now see how No Time to Die wrap things up for Craig’s Bond, while US audiences will need to wait until October 8 for that cinematic experience.

As for those of you who liked Daniel Craig’s time as Benoit Blanc in Knives Out, not to worry, as that role wasn’t a one-and-done affair. Craig re-teamed with director/writer Rian Johnson for Knives Out 2, and while no specific plot details for the sequel have been revealed yet, the mystery Benoit Blanc is investigating this time around involves characters played by Dave Bautista, Edward Norton, Janelle Monáe and Kathryn Hahn, among others. Unlike the first Knives Out movie, both Knives Out 2 and the already-greenlit Knives Out 3 will be released exclusively on Netflix.

Once Knives Out 2’s release date is announced, we’ll let you know. For now, our 2021 release schedule and 2022 release schedule are available for you to plan what movies you intend to check out in the near future.