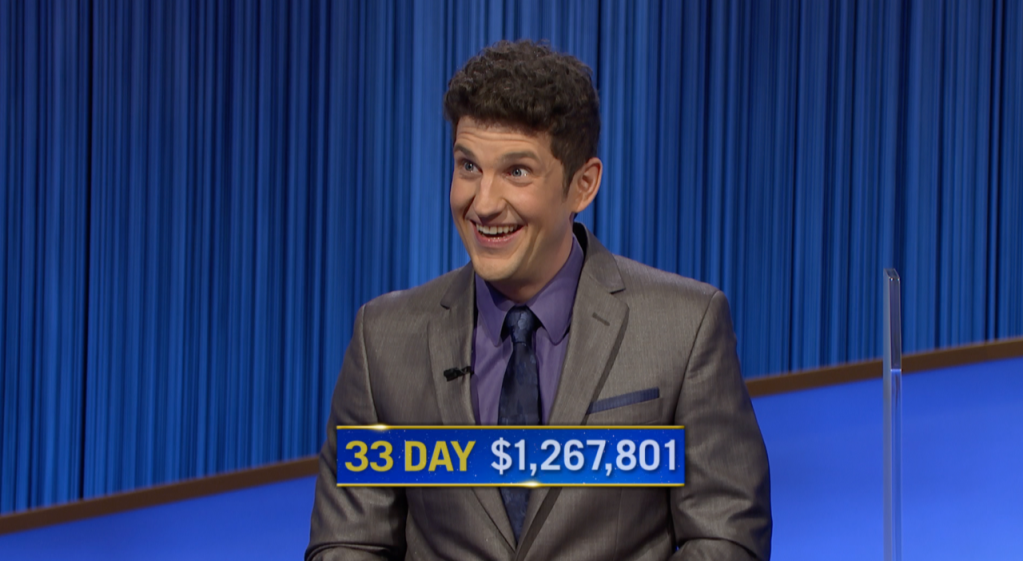 Just one week after he became only the third contestant in Jeopardy! history to win more than $1 million, Matt Amodio took ownership of another record. Tonight, he became the player with the second-highest number of consecutive wins in the show’s history.

Amodio’s streak is now 33, placing him behind only Ken Jennings, who remains number one with a massive 74 wins.

“Ken’s always been the face of Jeopardy! to me, so when I think of Jeopardy!, I think of him,” Amodio said when asked about Jennings. “To [be] right behind him is a surreal experience.”

The Ph.D. student from New Haven, Conn. will next play on Monday.