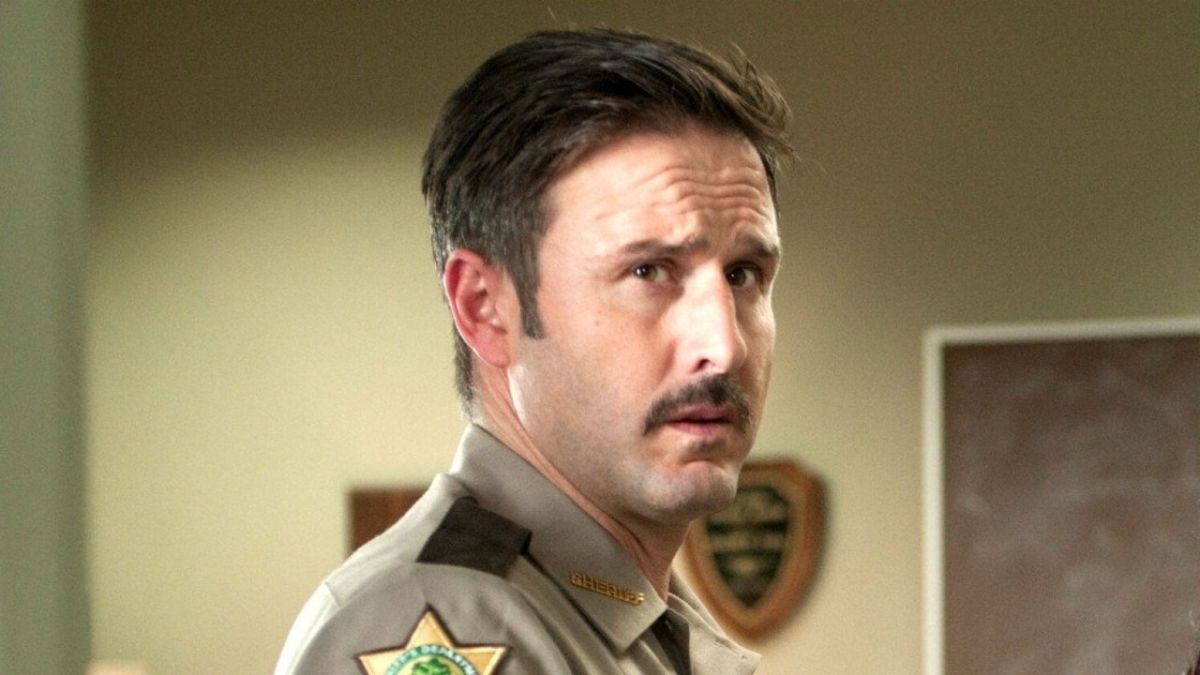 For generations of moviegoers, Wes Craven was one of horror’s greatest masters. He shaped the genre for decades, blurring the lines between frights and laughs at times. Unfortunately, the world no longer has Craven to push horror in new and different directions. That’s the case for the upcoming Scream 5, and not only have fans felt his absence but the film’s stars have as well. David Arquette has spoken about missing the director. However, it seems the latest installment might’ve had Craven’s blessing after all, based on Arquette’s recent comments about the connection he felt to the director while filming it.

Wes Craven made a perfect choice when he picked David Arquette to play Dewey Riley, and the role ultimately helped change the course of Arquette’s career. With this in mind, Craven’s absence on the set of the latest film was difficult for the actor. But after filming his first Scream film without Craven, Arquette explained that he could somehow still feel the director’s presence as he worked. The star revealed to Entertainment Tonight about shooting the latest film:

One can definitely empathize with the actor’s feelings about missing his former collaborator. But, at least, David Arquette could feel Wes Craven’s presence in some form. For Arquette, it had to be a comforting to get at least a hint of Craven’s aura. And of course, the actor surely had plenty of fond memories of his late friend that likely help fuel the work of him and his co-stars.

David Arquette previously explained that Wes Craven’s death hit him especially hard, because his mother was dying at the same time. He called the sad time “a dark period” for him. It wouldn’t be a stretch to say that Craven was almost like a father figure to him. Arquette could’ve easily turned down a role in the new film, but he seemed to understand what it would mean to the fans and Craven’s memory.

Scream 5 wrapped filming this past summer, and a trailer should be coming our way shortly. Wes Craven’s legacy, and that of the franchise, will likely be honored in a fitting way, especially since franchise fans Matt Bettinelli-Olpin and Tyler Gillett are at the helm. With Arquette, Courtney Cox and Neve Campbell returning for the fifth outing, there’s plenty of reason to be confident that the film will be worth the wait. Of course, moviegoers will have to wait until Janunary 4, 2022 to see if Scream 5 lives up to previous installments.