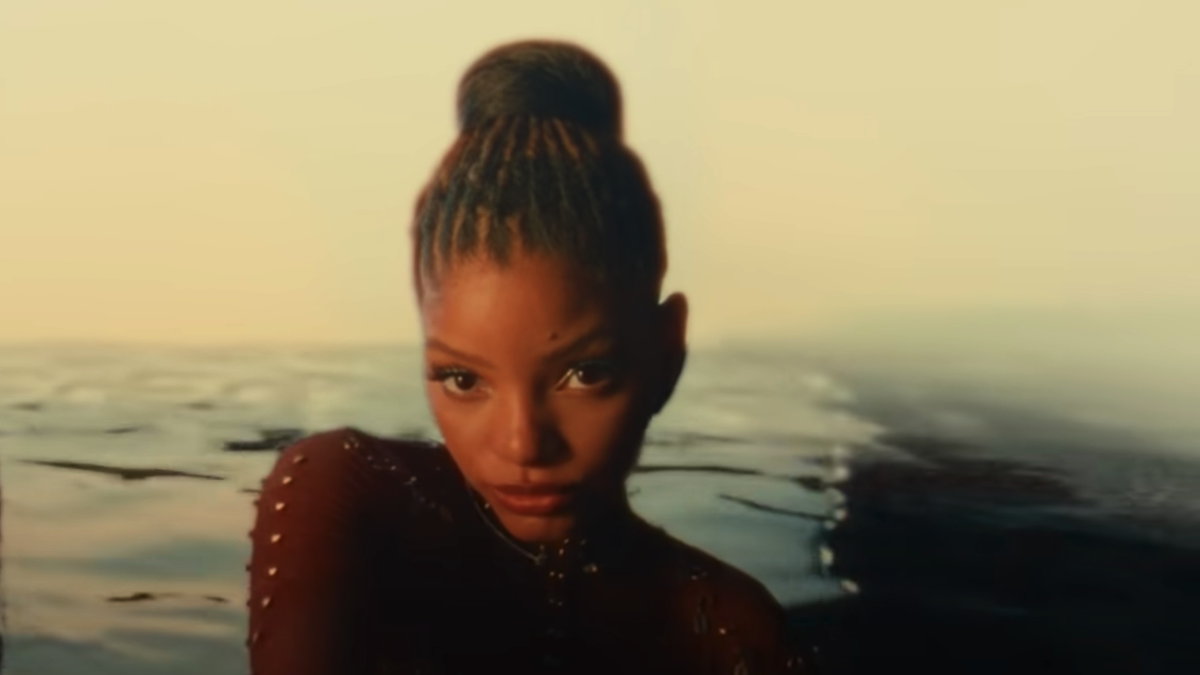 It’s not every day that you get to see a real-life Disney Princess. But fans of the House of Mouse were in for a treat when Halle Bailey took part in Disney World’s 50th anniversary celebration this weekend. The pop star looked and sounded magical during her rendition of a Disney classic — and surprisingly, it wasn’t from her upcoming adaptation of The Little Mermaid.

In one of many events to commemorate a huge milestone for Disney World, ABC aired a special called The Most Magical Story on Earth: 50 Years of Walt Disney World. The special highlighted the history of the park as well as many important moments in Disney pop culture. To tell the story, it enlisted past and future Disney stars, including Halle Bailey. After the special aired, the actress and singer gave her fans on Instagram a glimpse of herself standing in front of Cinderella’s castle. Take a look at the gorgeous photos she shared:

As is clear from the Instagram snapshots, Halle Bailey is the epitome of Disney royalty, even when she isn’t showing us her take on Ariel. What’s more surprising isn’t how well she pulled off the ball gown and regal air, but what she performed during the ABC special. While fans may have expected Halle Bailey to sing “Part of Your World” for the ABC special, she instead treated us to a lovely take on “Can You Feel The Love Tonight” from The Lion King.

It makes sense why she wouldn’t give us a sneak peek from the Little Mermaid, though. Showing us she’s capable of carrying a Disney tune, but still waiting until the film hits theaters to debut her rendition of Ariel’s iconic songs, just makes us even more eager to hear them.

Since the day her casting as Ariel was announced, fans have been dying to see what she will look like as the legendary mermaid. While she’s kept most of her appearance under wraps, Halle Bailey thankfully hasn’t left us hanging completely. In June, while she was filming The Little Mermaid in Italy, she shared an Instagram story that gave fans a tease of how much effort was going into keeping her red hair looking fabulous. After production wrapped, she shared a teaser image of herself in mermaid form on Instagram, though the lighting and distance from the camera still helped her maintain a bit of mystery regarding her appearance.

The Little Mermaid won’t hit theaters until May 26, 2023, and there’s plenty to keep us excited in regard to its release. In addition to finally getting to see and hear Halle Bailey as a Disney princess once again, we know the film’s ensemble is stacked. And since it looks like there will be several new songs from Lin-Manuel Miranda in addition to the old classics, we know there’s a lot more magic under the sea to come.