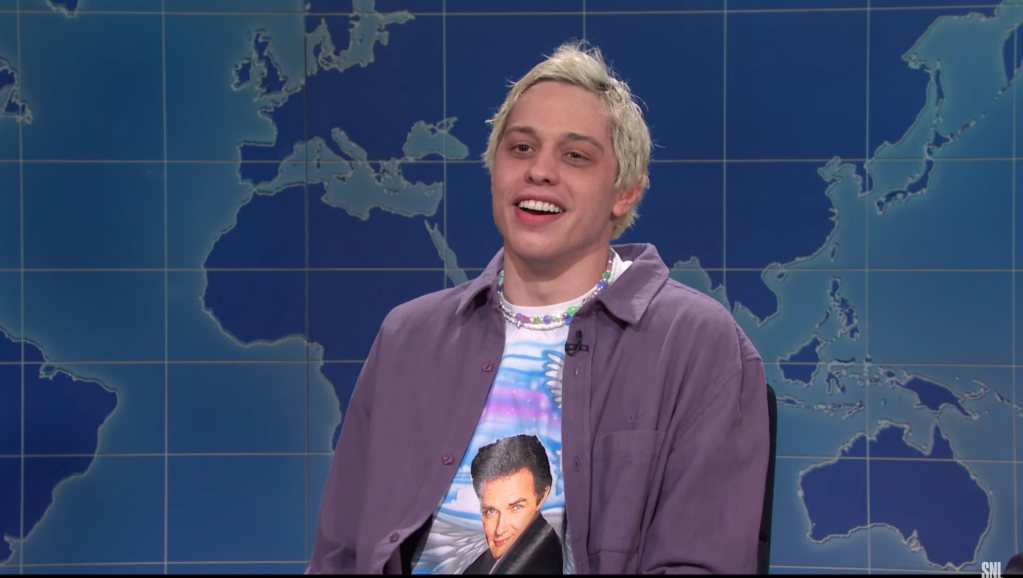 Incredibly, only one of the eight, Bennett, left the NBC program, with everyone else returning this season, including Davidson, McKinnon, Bryant and Strong, whose Season 46 finale appearance felt like a goodbye.

Few expected that to happen, including Davidson, apparently. “I can’t believe I’m back,” he exclaimed at the end of his Weekend Update segment, in which he discussed his Met Gala outfit while wearing a T-shirt paying tribute to former SNL cast member Norm Macdoland who died of cancer last month.

Davidson also ad-libbed at the end of his Weekend Update appearance in the Season 46 finale when, in an atypical earnest style, he uttered what sounded like a farewell message, “I’m very grateful to be here, and it has been an honor to grow up in front of you guys.”

As Deadline reported earlier this week, SNL boss Lorne Michaels has become more flexible in recent years, allowing Saturday Night Live’s biggest stars to combine the show with other projects, which has made it possible for established cast members to stay on beyond the end of their contracts.

For instance, Davidson was off for several weeks while filming Suicide Squad, Bryant also was away while working on her Hulu series Shrill, and Thompson juggles SNL with his primetime comedy series Kenan.

The relaxed policy was on display tonight when McKinnon missed the season premiere as she is filming the Peacock limited series Joe Exotic in which she plays Carole Baskin.