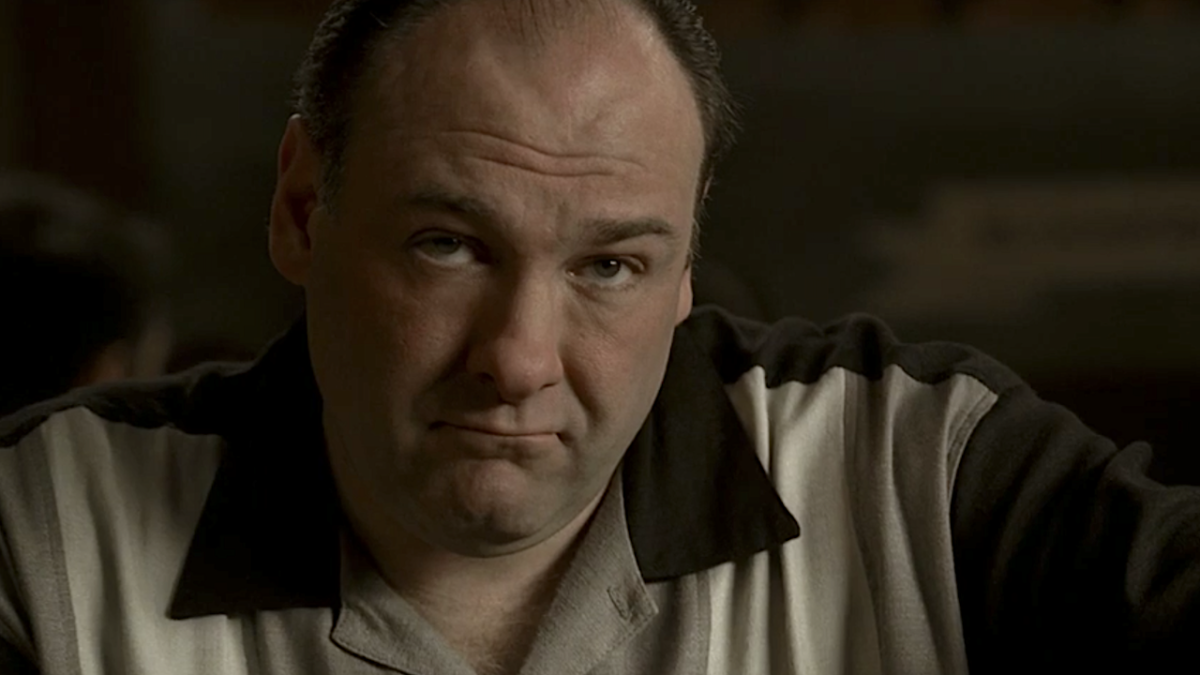 Do mobsters choose a life of crime, or does the criminal lifestyle choose them? That philosophical debate is one of several lurking just beneath the surface of The Many Saints of Newark, David Chase and Alan Taylor’s narrative-feature prequel to The Sopranos the fills in gaps we didn’t know we needed about some beloved, brutal characters and beefs up motivations for a lot of the actions that played out in the award-winning HBO series. Though Many Saints mostly tells the tragic story of Dickie Moltisanti (Alessandro Nivola), that history informs the development of young Anthony Soprano (Michael Gandolfini), the teenager who’ll grow up to become the infamous anti-hero we grow attached to in The Sopranos.

Chase ended his HBO series back in 2007 with the twenty-first episode of season six, titled “Made in America.” By this point, the final sequence is pop-culture famous, and open-ended denouement for Mob boss Tony Soprano (James Gandolfini) as he ate dinner with his family, possibly meeting his end at the hands of a suspicious-looking gentleman in a Members Only jacket. As much as fans debated, Chase preferred not to publicly answer the question of whether Tony died in that restaurant, Holsten’s. He didn’t think the point of the scene, or of the show, was to answer the question. And he’s right. The Sopranos is much bigger than just that one sequence. But fans really wanted a definitive answer, and I believe he gives it in The Many Saints of Newark.

Tony Soprano died in the finale.

Here’s how David Chase tells us this. Holsten’s is a location used in The Many Saints of Newark, during a pivotal scene. Throughout the film, young Tony has been seeking a father figure. His own father, Johnny (Jon Bernthal), has been absentee, thanks to time served in the joint on multiple occasions. Tony instead finds solace and guidance from his Uncle Dick (Nivola), a made man with the power to recruit Tony into the life, or to steer him clear. It’s made known through The Many Saints that Tony’s much smarter than he lets on, and has an aptitude for leadership. He’s more interested in the stolen goods his Uncle Dickie procures, and the tough-guy posturing that keeps you alive on the streets of Newark, New Jersey.

Sensing that there’s more to Tony, however, and at the urging of the imprisoned Salvatore “Sally” Moltisanti, Dickie cuts Tony out of his life. He doesn’t take his calls. He ignores when Tony shows up outside the vending machine company, pounding on the door looking for some contact with his “adopted” father. DIckie actually sits at his desk inside the facility and weeps, knowing that Tony’s persistence is going to carry him into The Life, no matter how hard he tries to keep him clean. Dickie believes it when young Silvio Dante (John Magaro) says:

That’s the righteous path, the one that we know Tony Soprano’s not destined to walk down. Because we’ve seen The Sopranos, we know where this story eventually goes, but it still stings when an emotionally devastated Tony returns home to his bedroom and, overwhelmed by Dickie’s rejection, begins throwing out records and stereo equipment his uncle gave him as a gift. The fact that it lands at the feet of Johnny, Tony’s actual father, adds a layer of irony to Tony’s short-lived rejection of Dickie’s promise. When Tony screams:

He’s almost rejecting the reality of the criminal lifestyle that he knows comes with being a member of this family. In this moment, Tony Soprano is ALMOST out of The Life. But as Al Pacino once famously stated, in a movie that Tony probably watched too many times, “Just when I thought I was out, they pull me back in!”

Dickie Moltisanti does just that. He pulls Tony back in, passing a message to the young kid through Silvio to meet him at Holsten’s, for a meeting that we assume will officially make him a “soldier” in the Moltisanti army. Only, Dickie never makes it. He’s assassinated, on order by Corrado John “Junior” Soprano (Corey Stoll), leaving Tony waiting by himself in Holsten’s for the father he desperately needs to show up.

This moment, to me, is the “birth” of Tony Soprano. If Anthony had any other option to walk down a straighter path, it disappeared the minute Dickie failed to arrive at Holsten’s for their meeting. As The Many Saints of Newark concludes, the entire family gathers at Dickie’s wake. And with Tony standing over the body of his mentor, Alabama 3’s classic theme song for The Sopranos begins to play. Young Anthony is now Tony Soprano. He’s not The Boss yet, but he’s fully on the journey that will lead him to the man we meet in The Sopranos.

And if Tony is “born” in Holsten’s on that day, then it only makes sense that David Chase was bringing his story full circle and staging that scene in the same spot where Tony dies. To me, this is Chase’s way of finally admitting, “Yes, I killed Tony Soprano off in that famous scene. It might not matter too much exactly HOW I did it. But he definitely died in Holsten’s, and didn’t enter witness protection, or rot in a prison cell.”

That’s my interpretation of the closing sequences of The Many Saints of Newark. To me, it also makes sense that David Chase would use this feature as the way to answer the lingering question about Tony’s fate. He wanted to keep it ambiguous. But fans pestered him for more than a decade, so he let them know. Do you agree?

Boygenius, LCD Soundsystem, and Steve Lacy to Headline New Re:Set Concert Series
How Does Tom Cruise Feel About Those Viral Deepfakes Of Him Getting Up To Shenanigans?
Rauw Alejandro and Daddy Yankee Share New Song “Panties y Brasieres”: Listen
Scream VI’s Directors Tease The ‘Ride’ Of The New Slasher, And Changes To Ghostface
How Knock At The Cabin Leaves Out The REAL Horrific Ending