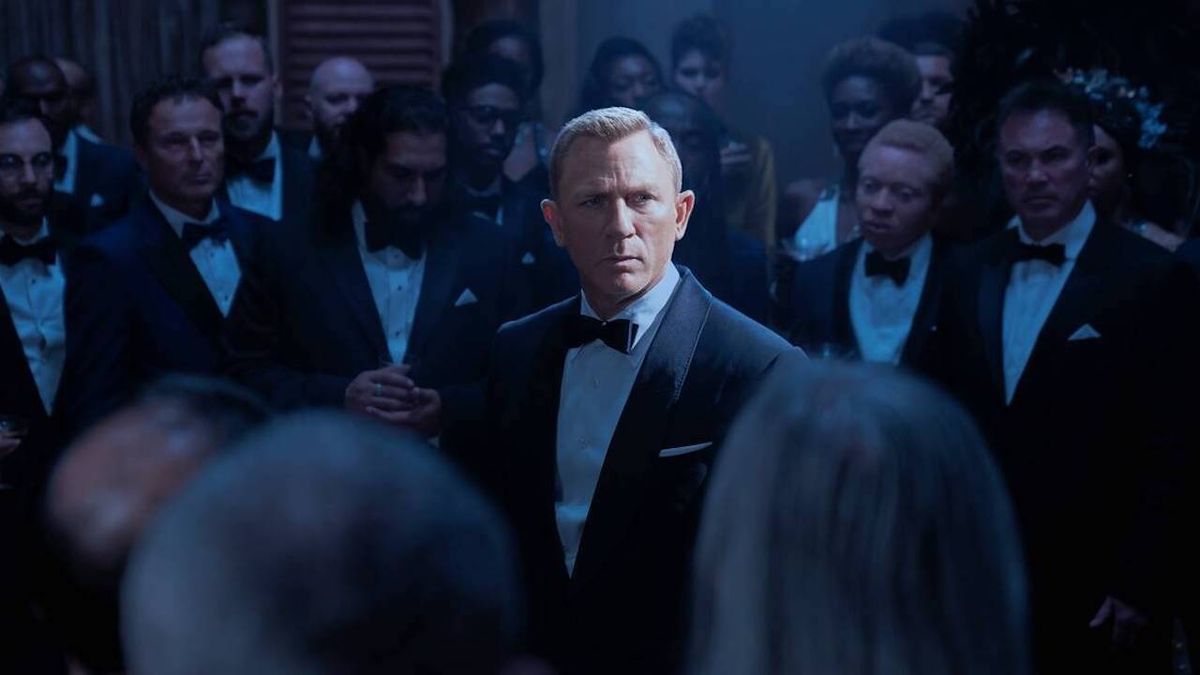 The world is in the early stages of No Time To Die mania, as Daniel Craig’s final James Bond movie is slowly, but surely making its way into theaters. Already, the first night’s grosses in the UK were something to talk about, though the initial results saw the 25th James Bond film falling behind its most recent predecessor. Now, after an entire weekend of operation, it looks like the Craig era’s conclusion is off to an amazing, record-breaking beginning.

Apparently this weekend’s £21 million opening in the UK put No Time To Die ahead of the previous two Daniel Craig films, Skyfall and Spectre. This is according to The Sun, which cited that the 25th James Bond film beat the £20 million figures its last two predecessors scored “in their first three days.” The publication even says that studio bosses at international distributor Universal are expecting the total tally to put No Time To Die in the third highest-grossing slot for the Bond franchise overall.

However, looking at the wider picture of the international stage that’s seen No Time To Die released thus far, the results are even more impressive. While the UK release has gone off rather well, with some theatrical exhibitors likening Daniel Craig’s big finale to Avengers: Endgame when it came to the subject of home market pre-sales, it’s the total international grosses that see director Cary Joji Fukunaga’s film setting another high water mark. Though it’s racked up another fantastic achievement, as No Time To Die has made pandemic box office history on the world’s stage.

As noted by The Guardian, No Time To Die has, so far, brought in $119 million through worldwide release. According to that reporting, this makes the often delayed James Bond film the first Hollywood studio film to break $100 million, without opening in China, since theaters reopened during the pandemic. Though it’s also noted that the US opening this weekend, as well as China’s October 29th debut, are going to be of great interest to this already powerful start for No Time To Die.

So what type of metrics does Daniel Craig’s big wrap-up look like it’s headed towards? Keeping in mind the studio’s expectations that No Time To Die will hit the third highest grossing post in the 007 franchise, there’s some hopeful expectations. However, as you’ll see in the numbers presented below, that news might come with some unfortunate caveats:

The good news is that No Time To Die could probably clear the hurdle of Casino Royale’s $594.2 million figure without a hitch. For a film delayed several times in the wake of the COVID-19 pandemic, that’s not horrible. That said, the bad news starts to rear its head when you see that Spectre’s second place finish sets its bar at $880.7 million; which itself is just shy of the supposed $900 million mark James Bond fansite MI6 HQ sees as the point the film breaks even.

At this point, it looks like the only question will be how much will No Time To Die fall short of this supposed goal? The film is already the most expensive 007 adventure ever, so accounting in the midst of the COVID-19 pandemic was always going to be fearful. But perhaps with the various openings in major markets yet to come, there will be some similarly good news to boost the overall numbers yet again. We’ll find out soon enough, as No Time To Die opens in domestic early access IMAX screenings on Wednesday, with early showings in all formats starting on Thursday night.