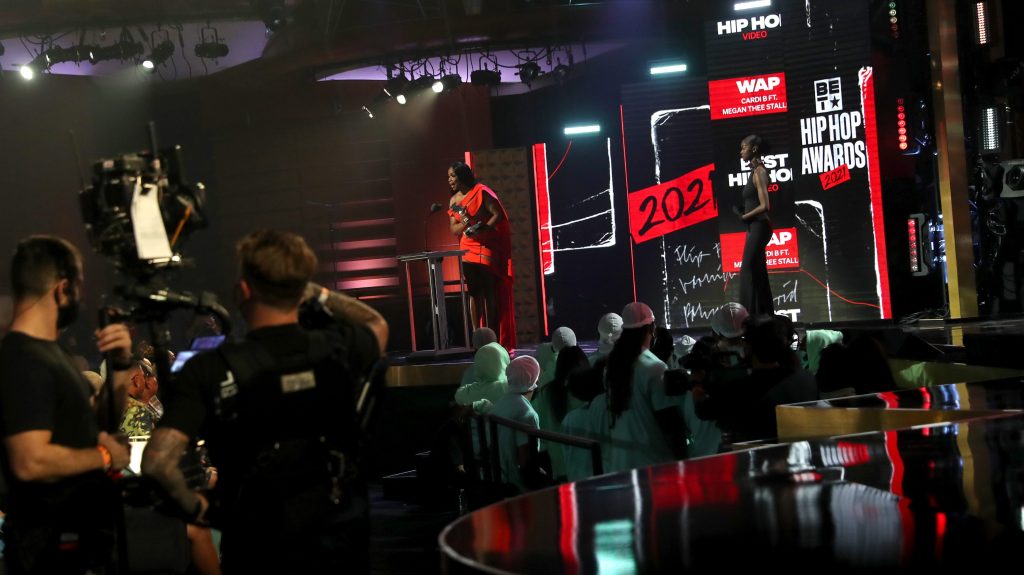 Cardi B and Megan Thee Stallion were the big winners at the 2021 BET Hip Hop Awards, sharing statuettes for Song of the Year, Best Hip Hop Video and Best Collaboration, for their work on Atlantic Records single “WAP.”

This year’s I Am Hip Hop honor went to Nelly. Yung Bleu, Saweetie, Missy Elliot, and J. Cole were among additional winners.

An encore presentation of the award show will be broadcast on BET October 7 at 9 p.m. ET/PT.

For now, though, the entire 2021 winners list can be found below:

HIP HOP ALBUM OF THE YEAR

“CALL ME IF YOU GET LOST” – TYLER, THE CREATOR

SONG OF THE YEAR

HIP HOP ARTIST OF THE YEAR

LYRICIST OF THE YEAR

VIDEO DIRECTOR OF THE YEAR

DJ OF THE YEAR

PRODUCER OF THE YEAR

HUSTLER OF THE YEAR