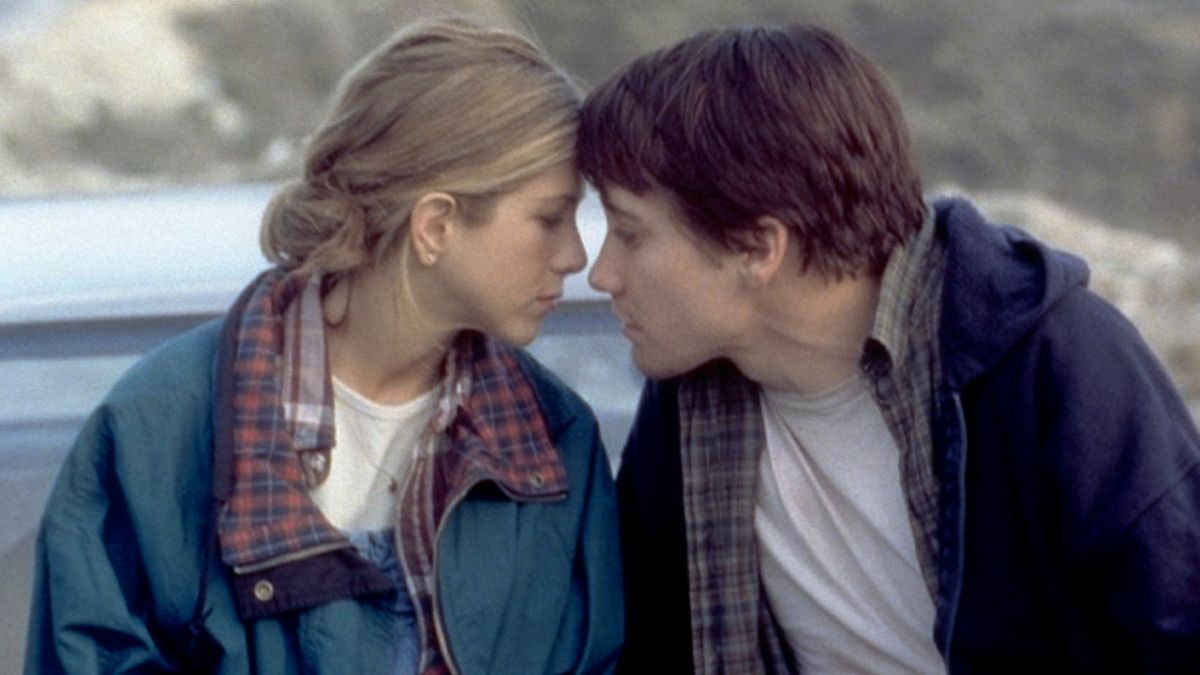 Most Hollywood stars will tell viewers there’s more technicality involved in doing love scenes, rather than them simply being sensual and romantic moments. Sometimes those love scenes can get complicated when there’s an attraction between co-stars, and the attraction can be one-sided in some cases. That is what happened with Jake Gyllenhaal while shooting The Good Girl with Jennifer Aniston. Gyllenhaal recalled a pillow being used in a love scene between him and Aniston.

Of course, any guy from Jake Gyllenhaal to the guy on the corner had a crush on Rachel from Friends. That crush on Jennifer Aniston led to some parameters for her and Gyllenhaal’s intimate scene in The Good Girl. Thinking back on his experience shooting the indie drama, the Oscar nominee revealed how a certain precaution was taken for the intimate scene:

While discussing the romantic scene, Jake Gyllenhaal revealed using the pillow was Jennifer Aniston’s idea. Gyllenhaal recalled Aniston being insisting on the pillow being used while they were horizontal, saying:

Using the pillow in the scene was the best option for Jake Gyllenhaal and Jennifer Aniston. Whether Aniston knew of his crush or not, Gyllenhaal should probably be thankful for that pillow. Even though both actors are professional, if things got too exciting, filming could’ve become awkward between The Morning Show star and the Ambulance star.

While speaking with The Howard Stern Show, Jake Gyllenhaal gave moviegoers a peek at the technical aspects of filming his bedroom scene with Jennifer Aniston. The Guilty star explained what all goes into making a Hollywood love scene.

Jake Gyllenhaal revealed love scenes between actors are certainly nothing to write home about. He even equated shooting a romantic scene to crafting a fight scene. That could be a major blow to the illusions viewers have crafted in their minds. At least Gyllenhaal gave fans a little secret about a pivotal scene from The Good Girl. Years after the film’s release, his career has grown rapidly, with The Guilty currently streaming on Netflix.