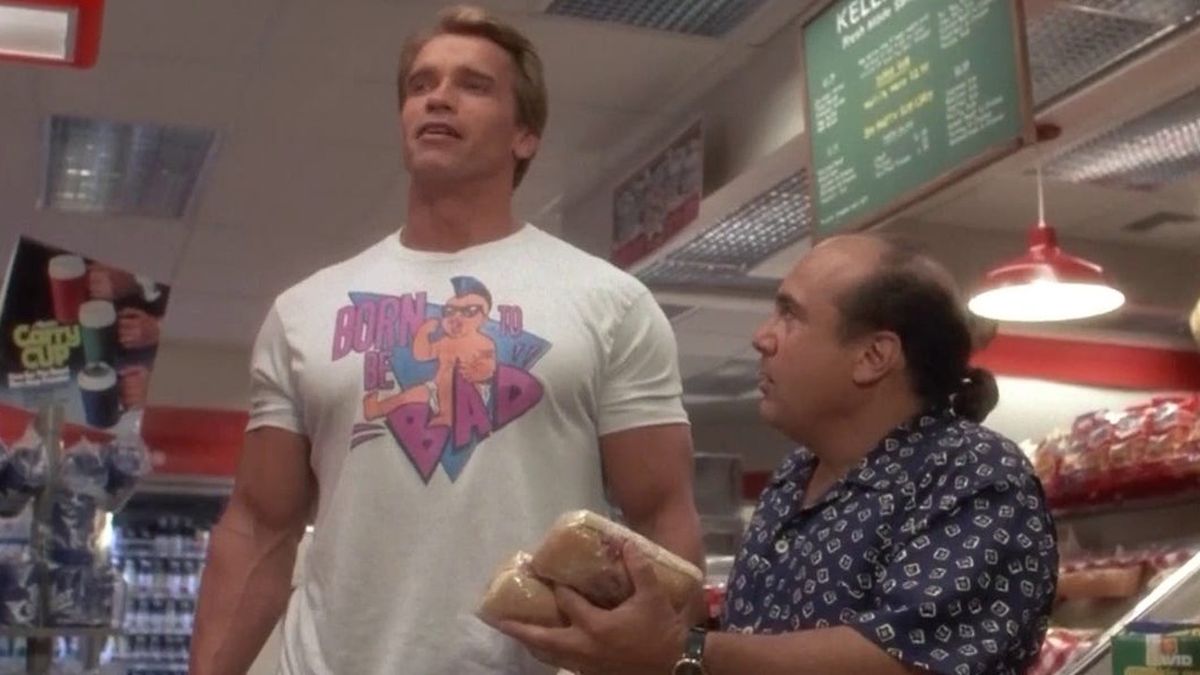 At the age of 74, Arnold Schwarzenegger is still getting things done, as he’s working hard in the gym and prepping for upcoming projects. The film that currently has his attention is the long-awaited sequel to his 1988 buddy comedy, Twins. Triplets reunites him with co-star Danny DeVito, and it would seem the two are having plenty of fun together. And with two big personalities working together, there are bound to be off-camera hijinks. This was proven to be true when Schwarzenegger revealed that he tried to pull a prank on DeVito. And the joke was actually a callback to one that occurred while they were making the original movie.

Filming for the upcoming sequel doesn’t formally kick off until early 2022, but the stars are already getting together. The Terminator actor recently revealed in his newsletter that Triplets director Ivan Reitman (who directed the first film) brought the two in ahead of the shoot. It was during this meeting that he tried to get one over on his co-star with a gag involving a cigar. The actor said about his attempted prank:

It looks like Danny DeVito isn’t one to get fooled so easily. Still, you have to give Arnold Schwarzenegger some props for trying. Funny enough, I would honestly love to see the video of DeVito trying out the cigar for himself. But until the 76-year-old star does decide to drop it, you can enjoy the video of Schwarzenegger’s gag down below:

It would seem that the Batman Returns alum certainly knows how to have a good time with his colleagues. While he was working with Dwayne Johnson and Kevin Hart on Jumanji: The Next Level, the former posted a pic of the trio doing a script read. Based on his jovial presence during interviews, it’s no surprise that his co-stars love being around him. One would imagine that after 14 season’s on It’s Always Sunny in Philadelphia, he’s built great chemistry with his fellow cast members.

Twins still stands as one of the star’s most memorable cinematic turns. The movie centers on twins, the result of an unusual experiment, who were separated at birth. The pair eventually meet up as adults, though they turn out to be very different people. Arnold Schwarzenegger’s Julius is an illegent and physically imposing young man, while Danny DeVito’s Vincent is a short, street-wise man with a criminal history.

There aren’t too many concrete plot details on Triplets just yet, but it has been revealed that the two lead characters will find their other twin. And as mentioned in the newsletter, that character will be played by Coming 2 America’s Tracy Morgan. Having him on set with Arnold Schwarzenegger and Danny DeVito should make for a fun filmmaking experience and, with his comedic sensibilities, I wouldn’t be surprised if he joins his colleagues in employing pranks.

Twins is currently available to stream on Hulu.

These 2003 Grammys Moments Will Give You All of the Y2K Feels
‘Avatar: The Way Of Water’ Breaks Box Office Records For CJ 4DPlex Theaters With $85M WW
Duval Timothy Shares New Video for “First Rain”: Watch
Director Of Leaving Neverland Blasts New Michael Jackson Biopic, Asks Where The Outrage Is
Jay-Z, DJ Khaled, and More to Perform “God Did” at the 2023 Grammys