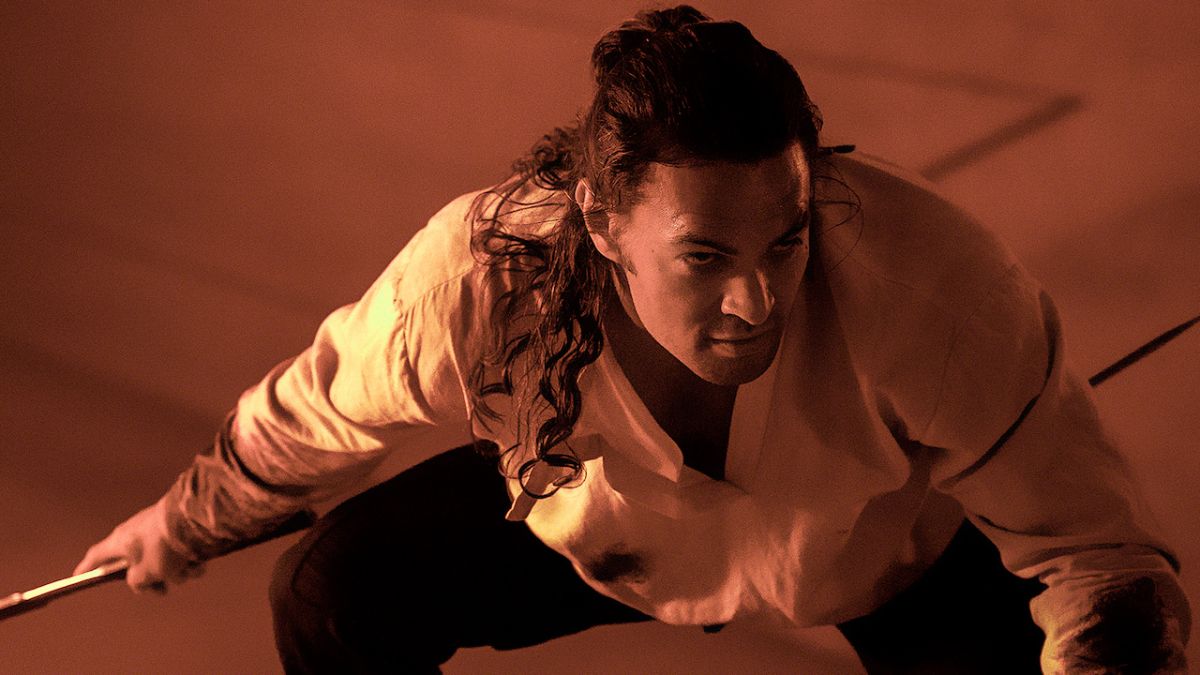 Dune is approaching its domestic release date, and it’s shaping up to be one of the biggest and most essential movies of the year. Jason Momoa recently celebrated its successful opening weekend overseas and, having seen the film three times, he has some critical insight into the production. He has been excited as anyone about the film, and this enthusiasm was present a behind-the-scenes look he shared with fans. And in it, the super-pumped star dropped an f-bomb while admiring the magnificent set.

The actor shared a video to his social media, which perfectly sums up his excitement for not just the set but the movie as a whole. The star has dropped f-bombs before but this latest one certainly stands among his best. Check out the Instagram post:

Jason Momoa was clearly in awe as he walked on set for the first time and couldn’t help himself. But who could blame him? The visuals look breathtaking, and the set was probably unlike anything even he’s ever seen before. He also said in his post that he wants everyone to experience the film on the biggest screen possible in order to get a true sense of its scope. The film is already one of the most visually striking movies of the year, as Denis Villeneuve has once again set the bar for special effects. So the movie should be worth the price of admission.

The actor seemed to relish the opportunity to work with the Blade Runner 2049 director, who cast him in a sweet role. He plays Duncan Idaho, a swordsman and warrior who will for sure be in some exciting fights in the movie. With this casting, the Canadian filmmaker seems to have played to the actor’s strengths, and I can’t wait to see the finished product and some of the battles they have been teasing.

This isn’t the only behind-the-scenes set video Jason Momoa has shared. He also dropped fun clip that sees him shouting out his Game of Thrones co-star, Emilia Clarke, right before a big fight scene. This proves that even as time goes on, he still thinks about his iconic role as Khal Drogo. And with his work on the Frank Herbert adaptation now done, Momoa is now working on the sequel to Aquaman, which is set to have plenty of action and comedy for viewers to enjoy.

Meanwhile, Dune sequel is all but confirmed. Denis Villeneuve seems to have changed his attitude towards the film releasing on HBO Max, but he’s still adamant about the film needing a sequel. One can only hope that Warner Bros. gives it the greenlight. But in the meantime, it will be interesting to see how this film plays out and what happens with Jason Momoa’s Duncan Idaho.

Dune is set to hit theaters and HBO Max in the U.S. on October 22.

Joe Mixon Aggravated Menacing Case Dismissed
George R. Robertson Dies: ‘Police Academy’s Chief Hurst Was 89
How Does Tom Cruise Feel About Those Viral Deepfakes Of Him Getting Up To Shenanigans?
Austin Butler Is Finally Saying Goodbye to His Elvis Presley Accent
Top 10 Biggest Flexes in One Piece