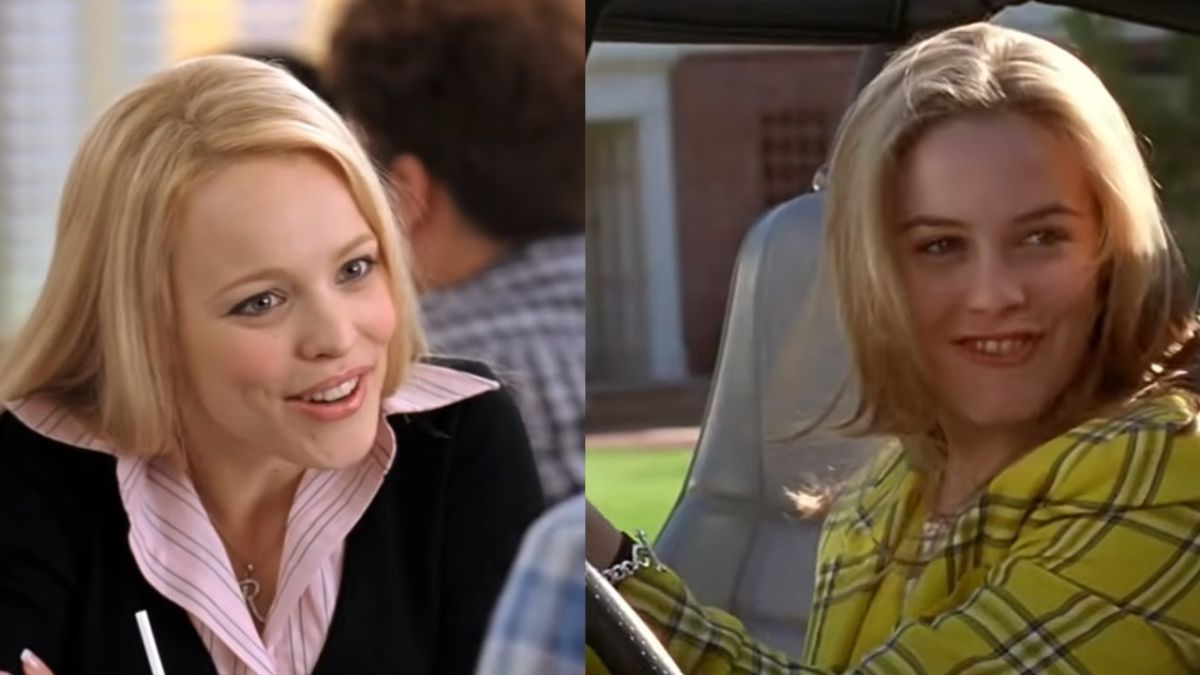 The worlds of Clueless and Mean Girls couldn’t be further apart. While both films delve into teen culture, Cady Heron is no Cher Horowitz. But that didn’t stop Clueless alum Alicia Silverstone from solving an ongoing mystery – who hit Regina George? It seemed as if Silverstone finally gave devote fans the answer with a surprising video.

The Clueless alum took to TikTok to give fans the Clueless and Mean Girls crossover they never knew they needed. Alicia Silverstone took two pivotal moments and wove them together seamlessly. To see how Cher Horowitz and Cady Heron’s worlds collided, watch Silverstone’s revealing and funny video below:

Fans of both films can finally put to rest who hit Regina George with the bus. The horrifying moment took audiences by surprise when Mean Girls was released in 2004. Given Cher Horowitz’s terrible driving skills, it’s no surprise she was behind the wheel. If it isn’t about a boy, the mall or her BBFs’ love lives, Horowitz doesn’t pay much attention to the world around her. By the way, it’s not like George didn’t deserve the payback after all the chaos and manipulation she bred at North Shore High. Getting hit by Cher Horowitz was the best thing that could’ve happened to Regina George and the North Shore student population.

Of course, that’s not how the actual moment played out. Alicia Silverstone masterfully combined the two scenes and added a new layer to both films. Merging Cher hitting a parked car and the infamous Mean Girls scene was genius. Despite having played Cher Horowitz nearly three decades ago, Silverstone still has a love for the character and Clueless. It was nice to see the actress have fun with both films.

Alicia Silverstone’s TikTok video tapped into the lineage Clueless and Mean Girls share. Both films were female-centric high school comedies that reflected specific cultures and times. Both are still referenced in today’s pop culture – whether it’s Halloween costumes, memes or music videos. Each film has an enduring legacy that will continue to live on for decades to come.

Alicia Silverstone and Clueless set the tone for teen comedies in the 1990s and 2000s. When it was released in 1995, the film and its stars quickly became part of pop culture. Of course, the cult classic was a modern take on Jane Austen’s Emma with its 1990s fashion and slang. Many have cited Clueless and Cher Horowitz as a pivotal moment in the late 1990s teen boom. The same could be said about Mean Girls for the 2000s. It came at a time where teen dramas and comedies were starting to take themselves too seriously. The satirical nature of the film proved teen films could subvert the genre. It ended up giving the millennial sect a timely “fish-out-of-water” story (special shout-out to Heathers).

With Alicia Silverstone pairing the greatness of both films, her video might lead to a real-life Clueless/Mean Girls crossover in the future. Hopefully that wouldn’t happen before the rumored Mean Girls sequel. If viewers want to a teen comedy binge-fest, you can find both on Amazon Prime Video.