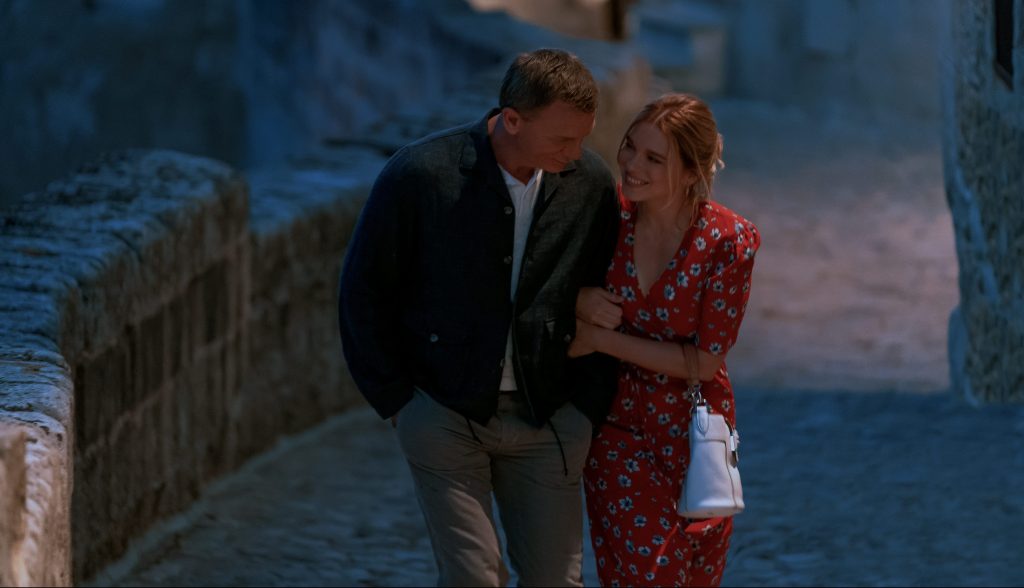 MGM/United Artists Releasing/Eon’s Monday box office for No Time to Die came in much higher than the $5M-$6M expected with $6.94M thanks to the Indigenous Peoples’ Day holiday in the Northeast.

No Time to Die‘s Tuesday is currently pacing -23% off from yesterday because it’s coming off a holiday Monday; this despite the fact that Tuesday is usually a discount day at cinemas. Figure around $5.3M today for a five-day running total of $67.5M in U.S. and Canada for No Time to Die.

Even during pre-pandemic times, older audiences are notoriously slow to come out, but No Time to Die is literally breaking through and spurring this reluctant crowd. Internal studio polling, as we previously reported, showed for the 35+ demo, Bond 25 repped their first trip to the cinema in two years. That good word about being back in the cinemas will spread.

No Time to Die is expected to ease around -55% in weekend 2 for a $24.8M result. It’s up against Universal/Miramax/Blumhouse’s Halloween Kills which is projected to do around $35M-$40M, and that’s with a theatrical day-and-date release on streaming service Peacock.

Rian Johnson Wants To Make A Key Change To The Knives Out Franchise After Glass Onion
Kristen Stewart Already Has Another Directing Job Lined Up Ahead Of Her Directorial Debut
Every DND Party Has That ONE Member…
Super Bowl TV Deals: 40% Off Televisions, Sounds Bars, Mounts & More
Stevie Nicks Announces 2023 North American Tour