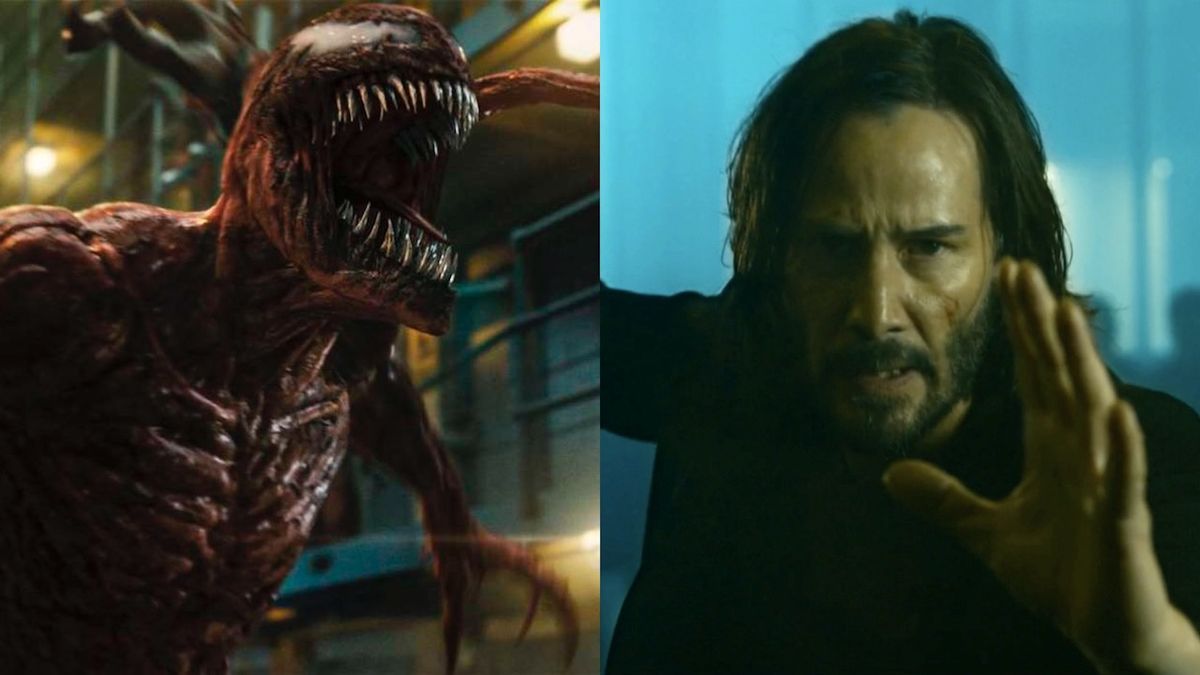 As far as blockbusters go, Venom: Let There Be Carnage and The Matrix Resurrections are pretty different from one another. One follows a man bonded to an alien symbiote fighting a serial killer bonded to said symbiote’s offspring, and the other takes audiences back to the crazy digital world last visited in a cinematic setting in the early 2000s. Interestingly enough though, these movies shot in the same city at the same time, and for Venom 2, having The Matrix 4 as its “neighbor” was both detrimental and beneficial.

On the negative end of the spectrum, Venom: Let There Be Carnage Location Manager Christopher Kusiak recalled in an interview with ScreenRant how the sequel and The Matrix Resurrections simultaneously filming in San Francisco caused problems on his end, namely because the next Matrix movie snagged so many locations for itself. As Kusiak explained:

So this was simply a matter of The Matrix Resurrections being the first to land those locations, as opposed to it being prioritized over Venom: Let There Be Carnage. But as noted earlier, having The Matrix 4 wasn’t all bad news for Venom 2. Those who’ve seen the latter movie will remember a scene where Tom Hardy’s Eddie Brock and the Venom symbiote end up on the top of San Francisco’s Coit Tower, and helicopters can be seen in the background, presumably searching for them. As it turns out, these helicopters weren’t sent into the air by the Let There Be Carnage team, but by the Resurrections folks. In Christopher Kusiak’s words:

While San Francisco was a significant shooting location for Venom: Let There Be Carnage and The Matrix Resurrections’ respective principal photography periods, it wasn’t the only place these movies rolled cameras. The Venom sequel also shot in England, while the fourth Matrix movie captured footage in Germany. Had the pandemic not messed with the theatrical schedule, Venom 2 would have been released last October, and The Matrix 4 would have followed this past May.

Instead, Venom: Let There Be Carnage came out on October 1 to a warmer critical reception compared to its predecessor, and has made over $185 million worldwide so far. As for The Matrix Resurrections, it’ll play in both theaters and on HBO Max starting December 22. Regardless of what you think of either movie by the time 2021 is over, at least now you have this fun film trivia tidbit of how Resurrections impacted the Let There Be Carnage creative process.

Top 10 Psychological Horror Plot Twists of All Time
‘Batman II’, James Gunn’s ‘Superman: Legacy’ Get Release Dates As DC Plan Revealed
These 2003 Grammys Moments Will Give You All of the Y2K Feels
Top 10 Biggest Flexes in One Piece
8 New Albums You Should Listen to Now: Young Fathers, the Men, Raye, and More