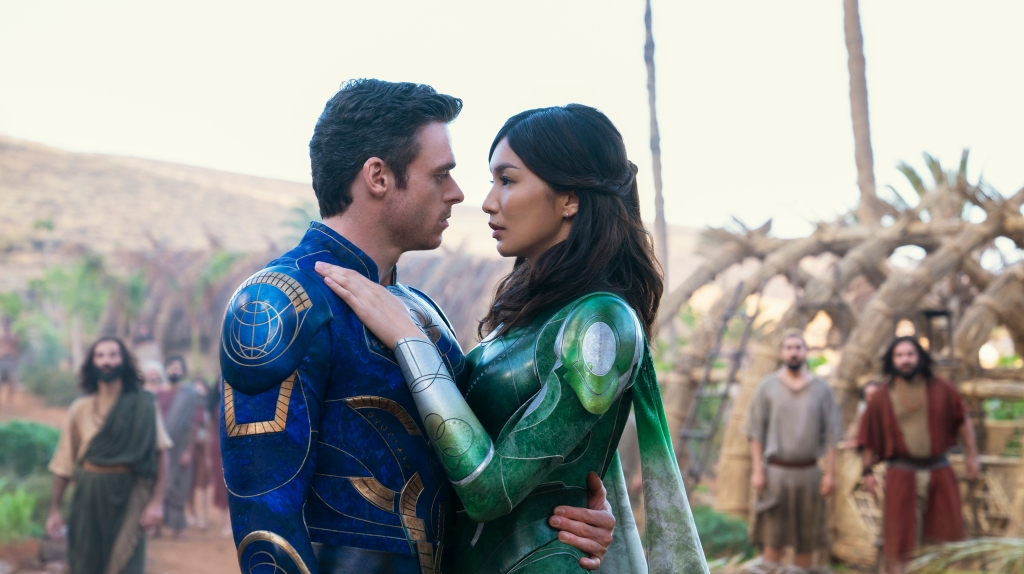 EXCLUSIVE: Exhibition need not worry: After October’s vibrant box office, there is indeed more blockbuster business to come in November. Deadline has learned that advance ticket sales for Disney/Marvel’s Eternals, opening on Nov. 5, are already quite huge.

Insiders say advance sales for the movie from Oscar winning filmmaker Chloé Zhao, is estimated to have racked up $2.6M in its first 24 hours; an amount that’s +86% ahead of Shang-Chi and The Legend of the Ten Rings ($1.4M) and +30% ahead of Black Widow ($2M) over the same period of time.

For No. 1 exhibitor AMC, Eternals reps their largest day one sales so far this year. Eternals tickets went on sale Monday.

Black Widow shaped up to be the biggest opener of the summer, now second biggest domestic opener of the year, with $80.3M after Sony/Marvel’s Venom: Let There Be Carnage with $90M. Shang-Chi is the third biggest opener of the year with $75.3M over three days of the four-day Labor Day weekend. Black Widow, which went day-and-date theatrical on Disney+ Premier, has grossed $183.6M at the domestic box office. Shang-Chi, which was released on a pure theatrical window, is the highest grossing movie at the domestic B.O. year to date with $213.8M. Shang-Chi will hit Disney+ on Nov. 12, Disney+ Day, free to subscribers.

Since the last trailer debut of Eternals in August, fans online have noted the diversity of the film’s ensemble cast. Fans have also taken note of the fresh tonal and visual style of the film, giving credit to Zhao.

Kevin Feige and Nate Moore are the producers, with Louis D’Esposito, Victoria Alonso and Kevin de la Noy serving as EPs. The screen story is by Ryan Firpo & Kaz Firpo, and the screenplay is by Zhao, Patrick Burleigh and Ryan Firpo and Kaz Firpo.

Eternals will have its Hollywood world premiere this coming Monday.