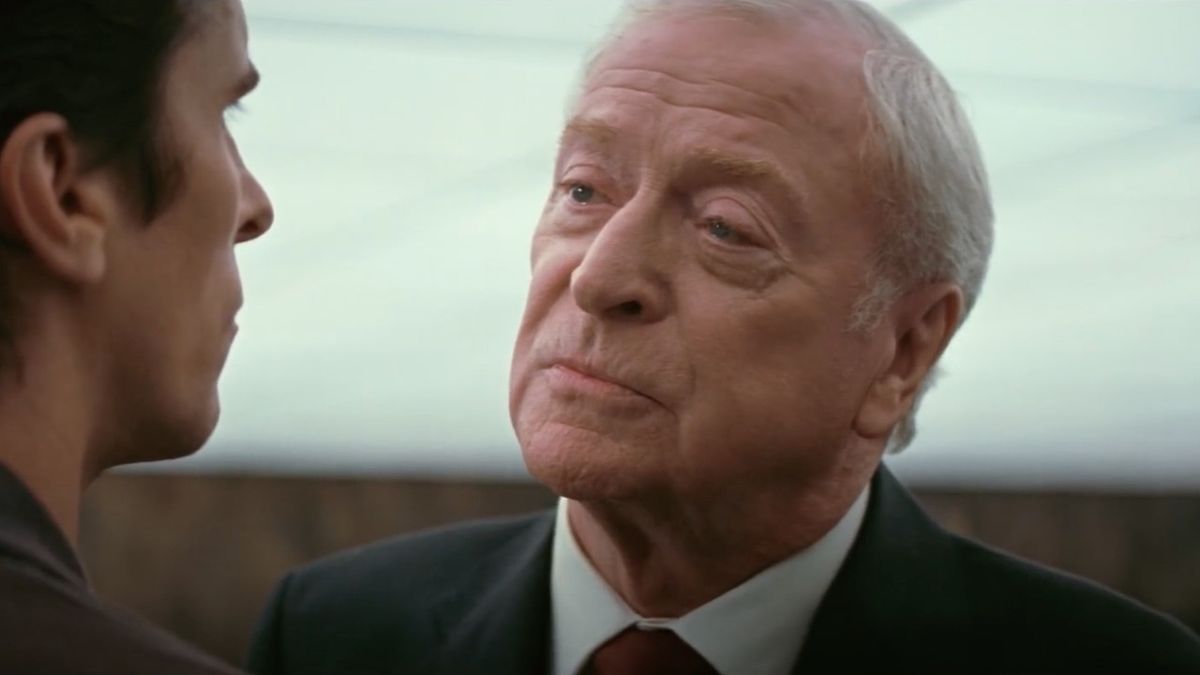 Michael Caine has been professionally acting since the early 1950s, and while older generations likely know him best from movies like Alfie and the original version of The Italian Job, younger folks certainly haven’t had any trouble finding him in cinematic settings, such as his time as Alfred Pennyworth in Christopher Nolan’s Dark Knight trilogy. However, after nearly 60 years in the business, Michael Caine has retired from acting, and he recently revealed how he came to this decision.

Last month saw the release of Best Sellers, a comedy-drama that saw Michael Caine acting opposite Aubrey Plaza, Scott Speedman, Ellen Wong, Cary Elwes and Veronica Ferres. While chatting about the movie on Kermode and Mayo, Caine revealed that this will be his final role, and explained his rationale thusly:

At 88 years old, no one can accuse Michael Caine of retiring from acting too early, though there wouldn’t have been anything wrong with that if he felt like embarking down a different path in his younger years. Regardless, with his current physical issues and writing work, Caine feels like now is the good time to step away from acting, and the latter activity certainly isn’t as strenuous as performing on stage or screen. Caine has been writing books since the early 1980s, the most recent one being 2018’s Blowing the Bloody Doors Off: And Other Lessons in Life.

After it was clarified that Best Sellers will end up being his “last picture,” Michael Caine brought up two other things that factored into his decision to retire, saying:

While Best Sellers will go down as the last movie Michael Caine acted in, there is one last movie of his that has yet to come out. In 2018, he shot a Czech action historical movie called Medieval with Hell or High Water’s Ben Foster. Medieval still doesn’t have a release date yet, although it’s possible it might come out in 2022. Caine’s other credits from recent years include Going in Style, King of Thieves and Tenet, the latter being his eighth and final collaboration with Christopher Nolan.

It’s truly the end of an era, but at least we have decades worth of Michael Caine movies to enjoy to our heart’s content. As for what’s coming to theaters in the near future, that information is available in our 2021 release schedule and 2022 release schedule.

Snow White Star Rachel Zegler Had A Fantastic Fashion Moment In Underboob-Baring Dress For Paris Fashion Week
Watch Lil Baby Perform “California Breeze” and “Forever” on SNL
No Big Deal, Just Olivia Wilde And Jason Sudeikis Hugging It Out Months After Custody Drama
Why Carolyn Bessette Kennedy Was on Every Mood Board This Season
The Future of Canada Goose Is Fur-Free and Gen Z-Approved