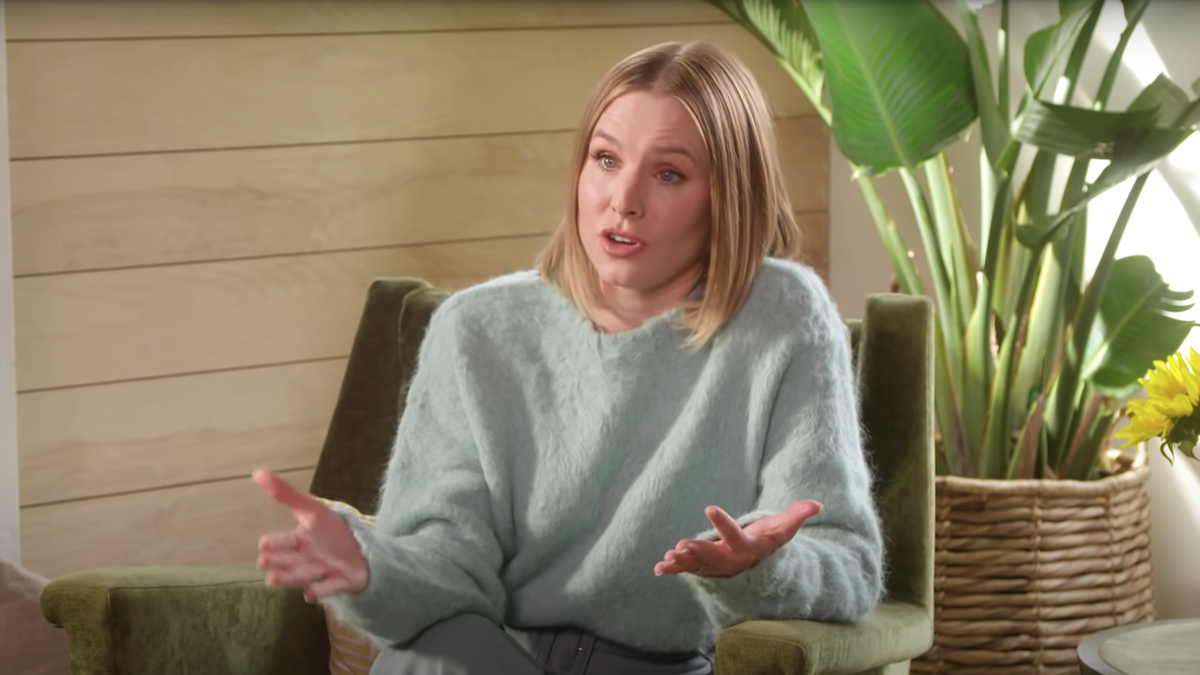 There are a few things we can usually count on Kristen Bell for: making us laugh and keeping it real. This is especially true when it comes to how she discusses the highs and lows of how she navigates marriage and parenting the two children she shares with Dax Shepard. Most recently, she shared a hilarious story about a stand-off at bedtime, and how they dealt with an unexpected snafu.

The celebrity couple have two daughters, Lincoln and Delta. While the actors don’t share every moment of their private lives with fans, they do share a lot on social media. Plus, the Frozen actress often opens up about their parenting experiences on her EllenTube digital series Momsplaining With Kristen Bell. In the October 6th episode, she likened parenting to playing sports, saying that every day is a mix of winning and losing various battles. While talking with the hosts of @DumbDadPod, she revealed that one of her daughters creates a particular challenge for them:

To further her point, she told a story about when she and her hubby were trying to convince the little one to give up a toy she had snuck into bed. The actress said that her husband tried to negotiate with their daughter, saying she could have 30 more seconds with the toy, which led to a hilarious and shocking moment:

It seems like that could be chalked up as both a parenting win and a parenting loss. Kristen Bell admitted that while she and Dax Shepard laughed about their daughter’s cheeky response, and they’re also starting to worry that she is wittier than they are. Hey, if that’s the case, she could probably follow in her parents’ famous footsteps.

It’s refreshing for the star to admit that she sometimes feels like she’s losing the parenting game, but it’s not surprising. Whether she’s confessing to her worst parenting fails, weighing in on controversial topics like celebrity bathing, or opening up about Dax Shepard’s journey with sobriety, the star has never been shy about sharing the realities of her life.

Speaking of her life, it’s been especially busy lately. In addition to her day-to-day family life and Momsplaining duties, she also nabbed her first big post-Good Place role with Netflix’s upcoming miniseries, The Woman in the House. The dark comedy thriller seems to be a new spin on the Hitchcockian horror of bearing witness to a murder from afar, so it’s probably not one she’ll be showing the kids any time soon.