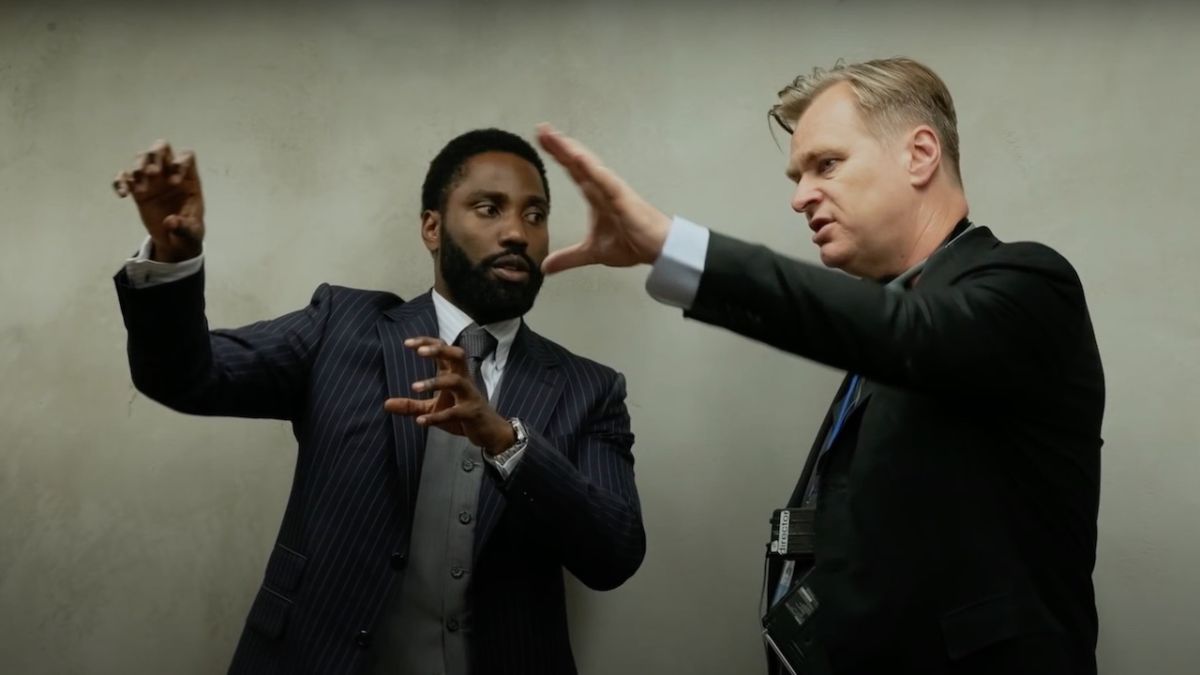 Now that Tenet has come and gone, Christopher Nolan is deep into putting together his next movie, a biopic about theoretical physicist J. Robert Oppenheimer and his role in developing the atomic bomb during World War II as leader of the Manhattan Project. Earlier this month, it was confirmed that Cillian Murphy will play Oppenheimer in the biopic, and now word’s come in that Jungle Cruise star Emily Blunt is being eyed for a substantial role.

While a deal hasn’t been finalized just yet, Deadline reports that Emily Blunt is in talks to join Christopher Nolan’s Oppenheimer as Katherine Puening, Robert Oppenheimer’s wife. Assuming she signs on, this would reunite Blunt with Cillian Murphy following their time together on A Quiet Place Part II, and these two would be part of an “all-star ensemble.”

This has been a big year for Emily Blunt cinematically, as along with reprising Evelyn Abbott for A Quiet Place Part II, she also starred as Lily Houghton opposite Dwayne Johnson’s Frank Wolff in Jungle Cruise. Both movies have done commercially well in these pandemic-fueled times, with the Quiet Place sequel pulling in over $297 million worldwide and Jungle Cruise collecting over $212 million across the globe. Looking to her future beyond a potential role in Oppenheimer, Blunt is currently shooting an Amazon series called The English, and she’s also signed onto a movie for the same platform about Kate Warne, the first woman to become a detective at the Pinkerton Agency.

It was first reported that Christoper Nolan was working on a Robert Oppenheimer biopic in early September, with Cillian Murphy’s participation in the project only being hypothetical at that point. At the time, it was also unclear if Oppenheimer would be housed at Warner Bros., which has been involved in every Nolan-helmed movie since Insomnia in one form or another. Late last year, Nolan criticized the studio’s decision to release all of its 2021 theatrical slate simultaneously on HBO Max for a 31-day period, going so far as to call the platform “the worst streaming service.” Soon after, word came in that Nolan was “unlikely” to work with WB again.

Sure enough, less than a week after Oppenheimer’s existence was revealed to the public, it was announced that Christopher Nolan’s next movie would be housed at Universal Pictures. Since Nolan wasn’t contracted at WB nor had any first-look deals set up at the studio, this allowed him to look for other places to set up Oppenheimer, and Universal ultimately agreed to finance the estimated $100 million picture. It’s also been reported that in addition to being promised first-dollar gross and final cut on the biopic, Nolan has requested that Oppenheimer be given an exclusive theatrical window of somewhere between 90-120 days. It remains to be seen if that will be fulfilled, especially since it looks like 45 days is becoming the new window norm.

In any case, Oppenheimer is set to come out on July 21, 2023, though a specific filming start date hasn’t been revealed yet. While we wait for confirmation of Emily Blunt’s involvement and other actors to be announced for the biopic, keep track of other movies on the way with our 2021 release schedule and 2022 release schedule.

Top 10 Most Brutal Deaths in Comedy Movies
Top 10 One Piece Swordsmen
PinkPantheress and Ice Spice Share New “Boy’s a Liar Pt. 2”: Listen
The Internet Can’t Get Enough Of Ben Affleck Really Looking Like He Didn’t Want To Be At The Grammys With JLo
‘Reboot’ Canceled By Hulu; Creator Steve Levitan And Twentieth TV Plan To Shop The Comedy