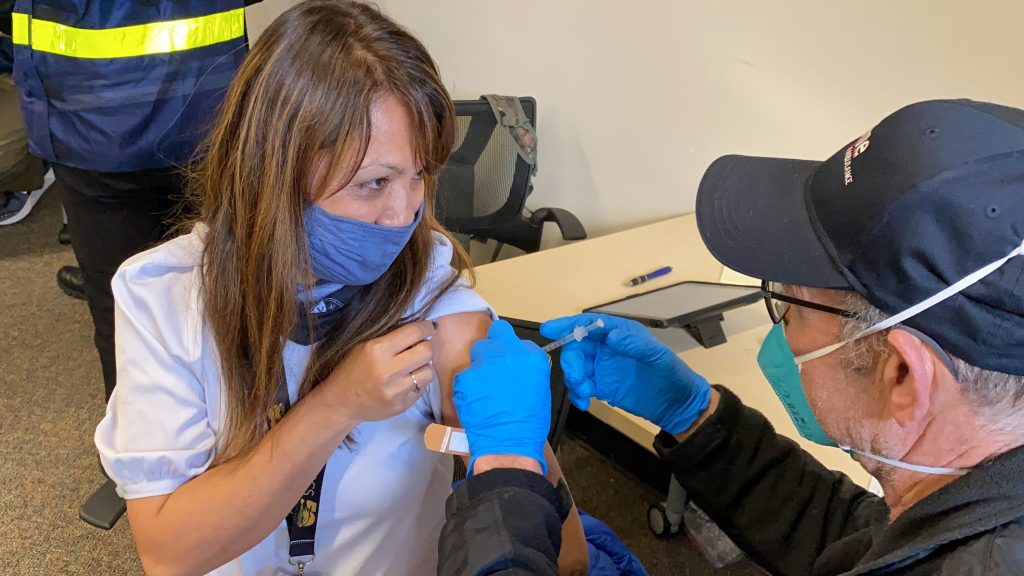 UPDATED: CDC director Rochelle Walensky signed off tonight on the expansion of booster shots of Covid-19 vaccines to millions more Americans, according to multiple media reports. The FDA had approved the expansion on Wednesday and Walensky’s was the last approval needed before the changes could be implemented.

For details on the rollout, see below.

PREVIOUSLY: “We’d like everybody to be boosted who needs to be boosted over the holidays,” said Los Angeles County director of Public health Barbara Ferrer on Thursday.

She said the county is prepared, “starting tomorrow,” to begin vaccinating the more than 3 million people in the county who will be eligible for booster shots once the CDC chief approves the move. According to the Washington Post, “CDC director Rochelle Walensky is expected to sign off on the recommendations later Thursday.”

The recommendations approved yesterday by the FDA include:

The use of a single booster dose of the Janssen (Johnson and Johnson) COVID-19 Vaccine may be administered at least 2 months after completion of the single-dose primary regimen to individuals 18 years of age and older.

Mixing and matching booster shots with vaccines different than those originally administered.

Ferrer said the number of eligible Los Angeles County residents, broken down by the vaccine they originally received is as follows: 1.5 million who got Pfizer, 1.7 million who got Moderna and 400,000 who got Johnson & Johnson.

In terms of delivery, the director said the county has “plenty of doses right now,” for those who immediately want their boosters.

Further down the line, Ferrer sees approval of vaccinations for kids 5-11 years old in early November, possibly by the 4th or 5th. She said the county was expecting 92,000 kid-sized doses in that first week and noted that kids 5-11 “currently represent 6% of infections.” Ferrer estimated that there are about 900,000 kids ages 5-11 in L.A. County.

She shared the county’s working timeline of reviewing, approving and administering vaccines for children. See it below.