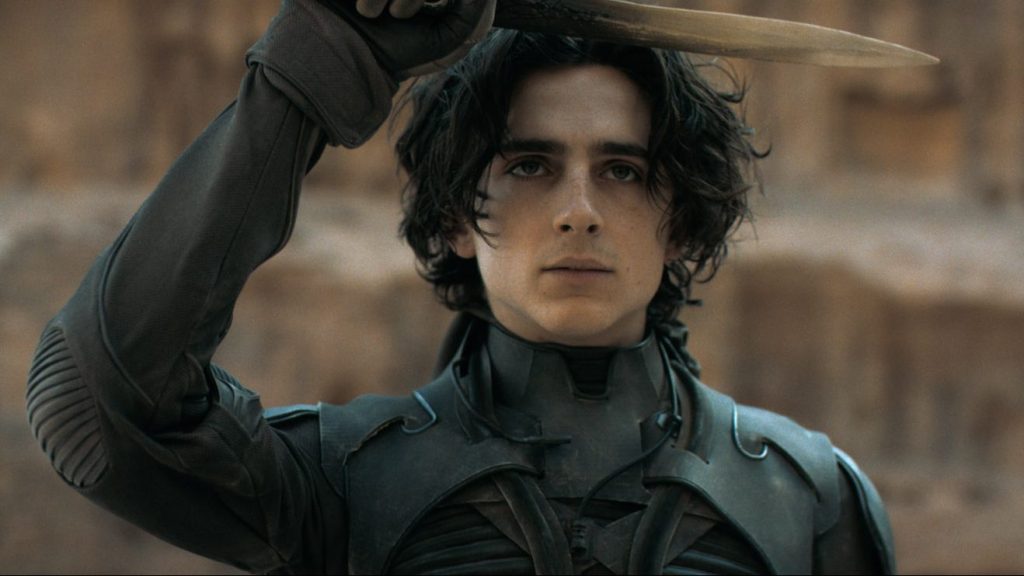 Denis Villeneuve’s sci-fi epic Dune hit China today with an estimated RMB 42 million ($6.5 million) on 28,274 screens and a 34.3% share of the market. While we do not yet have a social score, Friday’s estimate would portend a weekend in the $20M+ neighborhood as we noted coming into the session.

Handled in China by Legendary East (via Wanda), the Warner Bros/Legendary title is also opening domestically this frame (where it did $5.1M in Thursday previews), as well as in 39 other markets including the UK, Korea, Brazil and Mexico. The current international box office cume, not including China or other Friday takes, is approximately $137M through Thursday.

In China, Dune has a 7.7 critics rating on Douban and is the first major Hollywood movie to enter the market since Disney/20th Century Studios’ Free Guy in late August. Ticketing platform Maoyan, which regularly updates its estimates, is currently predicting a full run of $31M for Dune, which would handily surpass Villeneuve’s Blade Runner 2049 and Arrival. The Timothée Chalamet-starrer will face competition next weekend when James Bond heads to the Middle Kingdom in No Time To Die. Early word out of China today is that Imax screens are accounting for 21% of the opening-day total on Dune. The format has been excelling in China overall, but is over-indexing with Dune in other markets.

Dune was outpaced on Friday in China by local propaganda pic The Battle at Lake Changjin which has grossed over RMB 5.14B ($805M) since its September 30 debut and is the No. 2 movie of 2021 as it closes in on fellow Chinese title Hi, Mom. However, according to Maoyan shortly after midnight Friday, and at time of this writing, Dune is leading Saturday, having jumped to RMB 59M/$9.3M.

Elsewhere, Dune released in Korea on Wednesday and has now cumed an estimated $1.4M through today. It is facing a soft market as well as the very strong performance of Sony’s Venom 2: Let There Be Carnage. Dune is playing on 17 Imax screens in Korea which delivered 21% of the opening-day grosses on Wednesday, compared with 5%-6% for Shang-Chi and the Legend of the Ten Rings and No Time to Die.

In the UK, the Dune cume through Thursday is $1.5M which includes Monday previews. Opening day Thursday came in just 6% below No Time to Die on the same day in the market. Imax has 50 screens playing Dune which were good for 21% of the opening Thursday, versus 8% for No Time to Die and 9% for Shang-Chi.

Dune has been on a staggered release pattern after debuting at the Venice Film Festival in early September. Through last Sunday it had grossed $129.3M from 36 overseas markets including European majors France and Germany.

We will have more updates throughout the weekend.