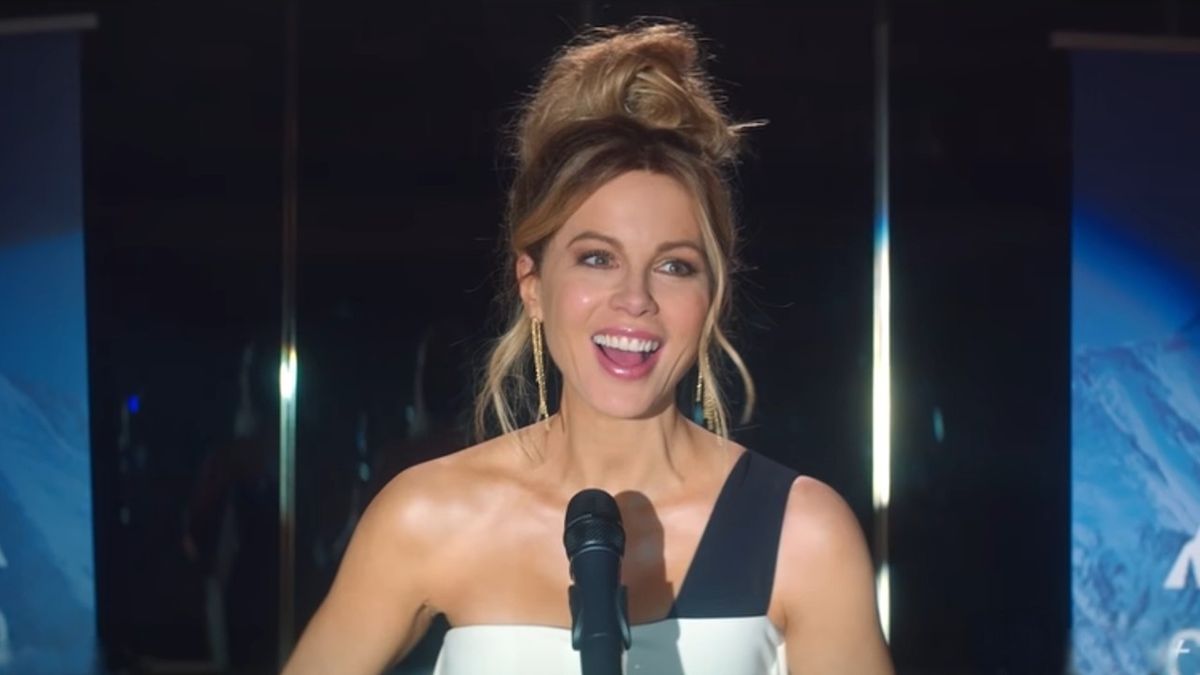 Guilty Party‘s Kate Beckinsale has proven herself to be a versatile actress over the years, but her bread and butter has been starring in multiple action films over two decades, including her time as Underworld heroine Selene. After doing so many action films, you would think the actress would be quite limber with all her training. Unfortunately, that wasn’t the case, as a pair of leggings once sent the Guilty Party star to the hospital.

Who knew putting on a pair of leggings would take out Selene? Kate Beckinsale revealed the embarrassing moment while speaking on The Late Late Show with James Corden. Beckinsale still couldn’t believe how the whole situation played out. The Jolt star revealed her training as an action star didn’t help her against her unexpected enemy.

Kate Beckinsale appeared to be in disbelief over a simple garment taking her out. As a viewer, you would think doing action films like the Underworld series and Van Helsing would make Beckinsale more flexible. While she can laugh about it now, it appeared to be a harrowing experience. The Underworld alum broke down how the entire scenario played out in her hotel room.

Things only got worse from there, as Kate Beckinsale explained how she got from her hotel room to the hospital. With the actress being immobile, the paramedics produced the brilliant idea to lay her on a sheet and pick her up “like a sausage” onto a gurney. But the episode took a more hilarious turn as Beckinsale found out she had a low tolerance for drugs. After being pumped full of multiple medications, the Hollywood star became aware she was a closed conspiracy theorist. So while injuring herself led to an outlandish ordeal, the Pearl Harbor star found out something interesting about herself.

According to Kate Beckinsale, leggings are the new danger no one saw coming. For anyone who has experienced putting on pants, leggings, etc., Beckinsale’s story recalled those times slipping into a pair was more chaotic and self-defeating than it needed to be. No pair of leggings is worth being sent to the hospital over.

At least Kate Beckinsale has recovered from the injury. Now that’s she’s fully recovered, Beckinsale has returned to her busy schedule with multiple projects in development. Telling the hilarious story wasn’t unusual for the actress as she is currently starring in the Paramount+ comedy Guilty Party, which airs every Thursday.