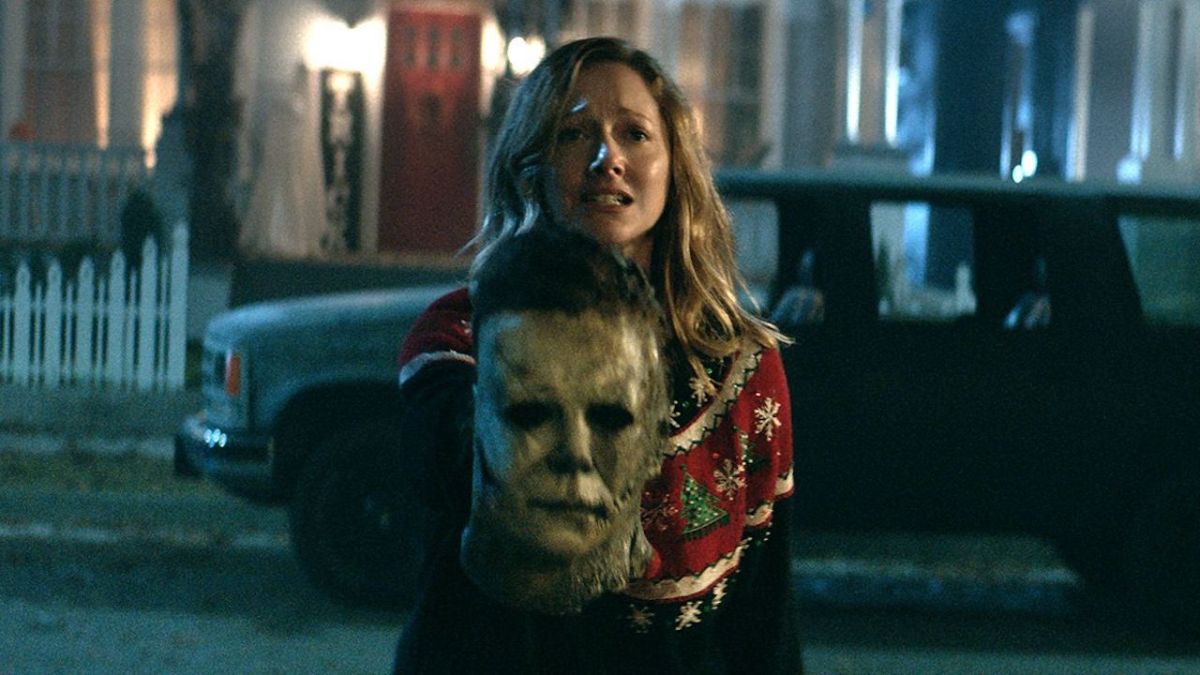 MAJOR SPOILERS for Halloween Kills are ahead, turn back if you have yet to see the horror sequel before reading on.

Michael Myers wasted zero time going back on a murderous rampage in the latest among the Halloween movies. In the second installment of David Gordon Green’s trilogy, Halloween Kills, the masked killer pierced right through our collective hearts with the last bloody stab of the film. Judy Greer’s daughter of Laurie Strode, Karen was murdered by Michael in his childhood home after she removed his mask and attempted to end him as well. It’s sad knowing all three generations of Strodes will not be present in Halloween Ends, but Greer has an interesting take on how she hopes audiences take it.

Laurie Strode has lost a lot in her lifetime thanks to Michael Myers and thought she had him when she, her daughter and granddaughter set a trap to end his evil once and for all. But in Halloween Kills, Myers ascends from the ashes and continues to kill, kill and kill whilst Laurie is in the hospital for injuries sustained by Michael. Judy Greer shared her thoughts about the ending:

It’s a sad and unfortunate ending to be left on for the next year before Halloween Ends, but as Judy Greer told Vulture, she hopes the movie gets people “bummed” because they’re supposed to feel that way. Halloween Kills is not the kind of movie to get a happily ever after and high stakes like the death of a major character is a great way to set up the final face-off between Jamie Lee Curtis’ Laurie and Michael Myers.

Greer also recalled that director David Gordon Green asked to call her before sending her the Halloween Kills script to break the news that she wouldn’t survive to the movie’s credits. The actress said this:

Most of all, Judy Greer is sad that she won’t be able to share the experience of being on set for Halloween Ends, but it comes back to her being aware that Karen’s death during the Halloween Kills ending was the “right thing” for the trilogy’s arc. If we thought Laurie was traumatized by Michael Myers already, now her own daughter has been slaughtered by him. And interestingly enough, Halloween Ends will feature a time jump of four years.

We’ll see how everything plays out when Halloween Ends comes out on October 14, 2022.