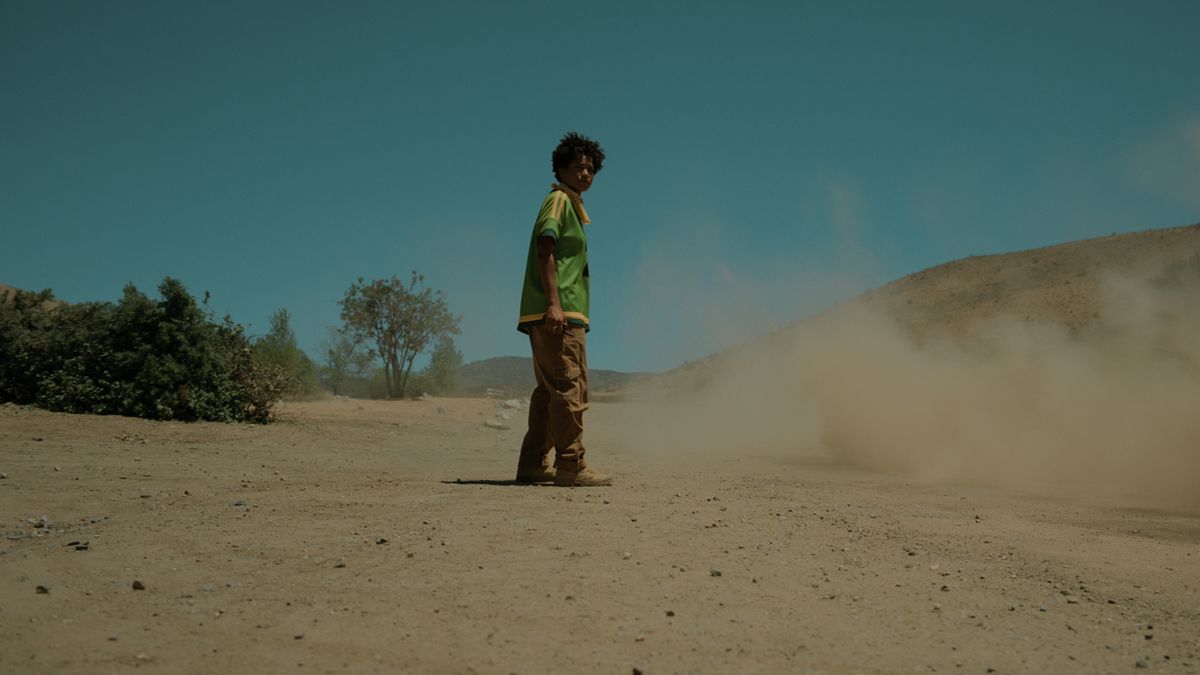 There are a number of parallels that can be seen when comparing Jordan Peele’s Nope and Steven Spielberg’s Jaws, and that very much includes the fact that both movies change the way that audiences look at the world around them. The beloved 1975 summer blockbuster forever altered the way that we see the ocean, and Peele’s 2022 hit has people a bit more wary about strange cloud formations. Case in point: when Midnight Mass creator Mike Flanagan spotted a lone puff of vapor in the sky this morning, he immediately thought of the Get Out/Us filmmaker and tagged him on social media.

You can check out the pair of photos that Flanagan posted on Twitter below, and you’ll immediately understand why his brain immediately clicked to the latest Jordan Peele movie:

In Nope, brother and sister OJ and Emerald Haywood (Daniel Kaluuya, Keke Palmer) find their family ranch terrorized by an extraterrestrial presence, and this alien has a rather clever method of camouflage: it creates a tiny little cloud in the sky and sits within it until it is ready for its next meal (be it horse or human). It looks wholly innocuous… until all the clouds around it drift away and it stays in exactly the same place. When you see that, it’s eerie as hell.

Mike Flanagan’s photos are most definitely reminiscent of what’s featured in Jordan Peele’s horror movie. While I’m sure that there is a natural phenomena that would explain why a little cloud would be sitting all by its lonesome in the sky like this one, fresh memories of Nope instantly earmark it as disturbing and creepy, and I’m hoping that the Doctor Sleep writer/director took proper precautions after snapping his pics.

Following its successful run on the big screen this summer (where it earned $169.1 million worldwide), Nope is now making its way to the home video market. It is currently available for digital rental at outlets including Amazon Prime Video (opens in new tab), Vudu (opens in new tab), and Google Play (opens in new tab). For all of you physical media collectors out there, the 4K, Blu-ray, and DVD copies of the film will be available in stores just in time for Halloween on October 25.

Nope is one of the best Jordan Peele movies yet, and it’s possible that the filmmaker isn’t quite done with the world, as he has been asked about the idea of an extended cut and also teased the idea of a sequel involving a cut character. We’ll have to wait and see what the future holds, and hopefully it won’t be too long until Peele has a new entry to feature in our Upcoming Horror Movies guide.

Rita Ora Gushes About Being In Love With Taika Waititi Amid Rumors That The Two Have Married
‘Smile’ Now At $19M Weekend Opening – Saturday AM Box Office
‘Yellowstone’: Season 5 Trailer Shatters Streaming Records; More Than 14 Million Watch John Dutton Swear In As Governor
The Avalanches Cancel 2022 Tour Due to “Serious Illness”
Will People Vote For A Will Smith Movie At The Oscars After The Slap? Voting Members Weigh In