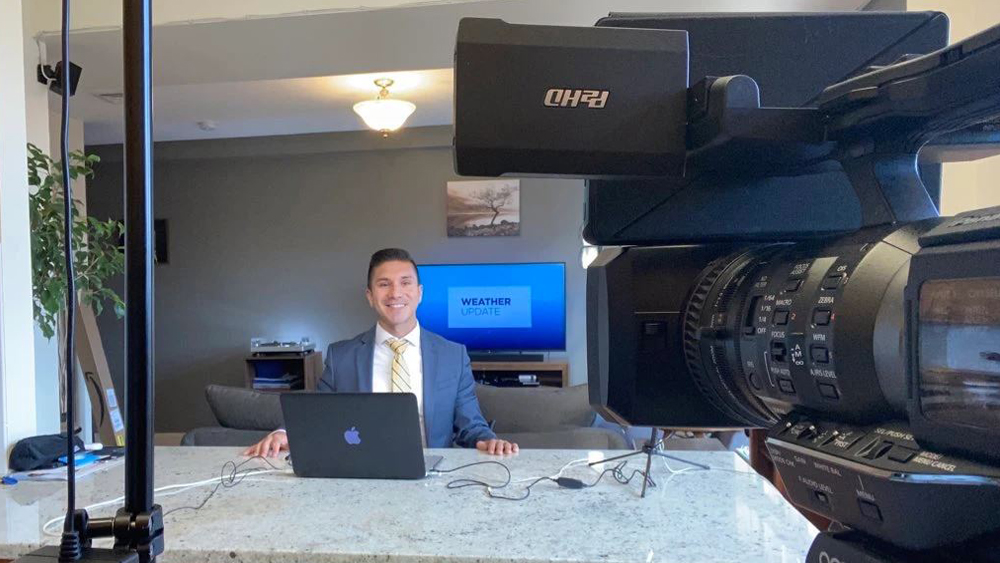 Pink-slipped Spectrum NY1 meteorologist Erick Adame doesn’t expect to get his old job back after being let go for appearing an adult cam website but thinks he could be working again soon.

“I think it’s a different generation out there,” Adame’s crisis-management representative Howard Bergman told Deadline on Tuesday. “I think younger people just don’t care about these kinds of things; it’s not an issue. I think when you talk about people under 40, virtual sex and nude photos are pretty much part of the life.”

Adame, the veteran weather reporter, apologized Monday after saying he was let go after his secret appearances on the cam site were leaked to the public. But Bragman said Adame already has had at least one job offer and is likely to return to television.

“I have to say the public response has been overwhelmingly supportive for Erick,” the PR vet added. “He has received encouragement from people to apply for jobs at other stations and at least one other station that I know of offered him a job.”

Bergman noted that Adame has declined that job offer.

As to whether Adame might rejoin his 15-year TV home at NY1, Bragman admits that despite his hopes, a resurrection looks unlikely at this point.

“Our people have talked to their people,” the rep said. “I would characterize them as very cordial conversations. However, ultimately, I don’t think he’s necessarily going to be invited back to that party.”

According to sources familiar with the corporate situation, things are more “complicated” between Adame and NY1 than the weatherman has indicted publicly. Spectrum had been in talks with the meteorologist for several weeks over his webcam activity, we hear.

Spectrum had no comment on the situation when contacted by Deadline.

Adame, who had been a meteorologist at NY1 since 2007, has taken legal action in New York Supreme Court against webcam parent company Unit 4 Media Ltd. He is seeking the identity of the anonymous individual who “wrongfully disseminated the images to Petitioner’s employer and mother, with the intent of harassing, annoying, or alarming Petitioner and tortiously interfering with Petitioner’s employment relationship.”

Will Legally Blonde’s Sequel Include Selma Blair? Here’s What She Said
Watch Lizzo Hilariously Perform With A Cardboard Cutout Of Boston Icon Chris Evans During A Show In His Hometown
Till Movie Clip – Be Small (2022)
Nick Cannon Takes Abby De La Rosa on “Unforgettable” Beachy Babymoon
Bella Hadid Gets a Dress Sprayed on Her Nude Body for a Total Fashion Magic Trick