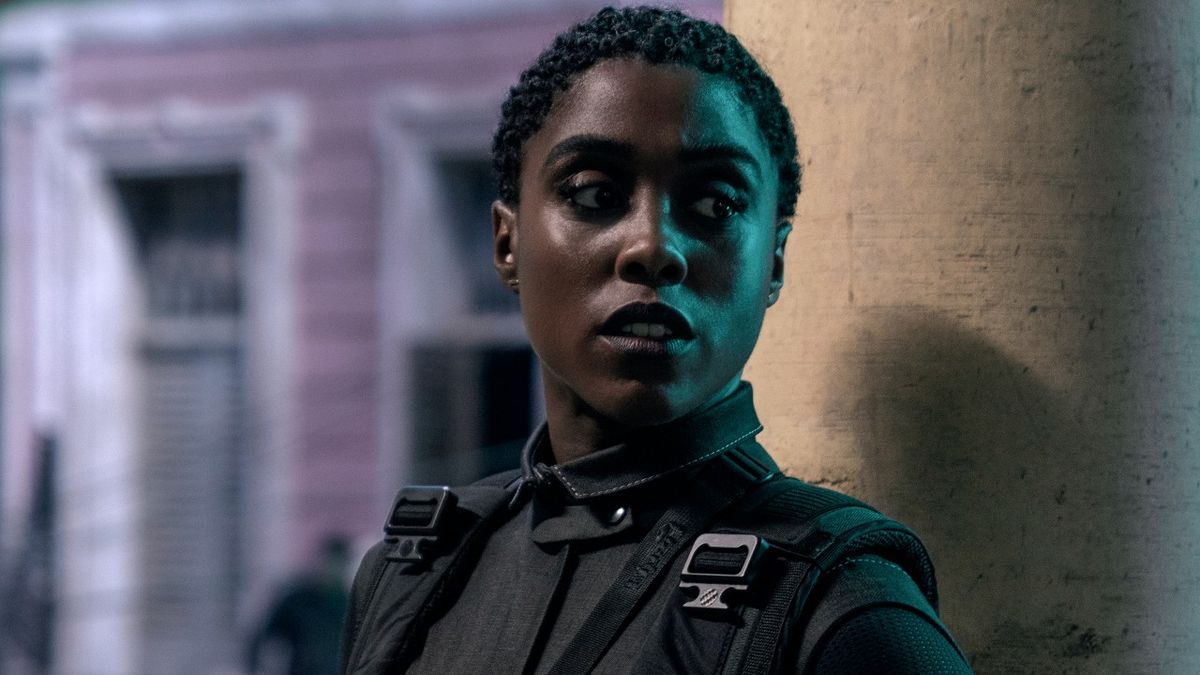 The search for Daniel Craig’s James Bond replacement has been hot with multiple candidates reportedly in the running, including Regé-Jean Page and Henry Cavill. Finding a successor has been tough for Bond producers as they look to reinvent the international spy. But beyond finding the next Bond, there’s been a question over who may or may not return after No Time to Die. With speculation running rampant, Lashana Lynch, Ralph Fiennes, and more No Time to Die stars spoke about possibly returning to the James Bond franchise.

As one of No Time to Die’s breakout stars, the Woman King star stole multiple scenes as Nomi. Taking up 007 was a huge deal for Lynch following in the steps of earlier Black female representation. Being a fan favorite made many viewers want more potential Nomi stories in the future. With the franchise in flux right now, Lashana Lynch mentioned to Empire she was unsure of her Bond future, but the actress did spill an interesting tidbit about her current status with Eon Productions.

So there might be more Nomi after all. This development means Bond producers want Lynch to keep the 007 mantle going after Craig’s departure. It made sense given the spy franchise is going through a 21st-century transition. Maybe the future of the franchise is female despite the ongoing search for a new Bond.

Keeping Lynch under contract would allow the fans to watch more takedowns and see Nomi come into her own. The character displayed endless potential to carry the beloved franchise in a different direction if she were to fight alongside the new international spy. Fans can breathe as the Doctor Strange 2 star is locked in… for now. But are her No Time to Die co-stars on board for another film when the time comes?

Ralph Fiennes served as the perfect successor to Dame Judi Lynch when he took over in Skyfall. He managed to carry over the authoritarian angle while fighting to keep Craig’s Bond on track. Fiennes inhabited the MI6 chief well. A few fans have questioned whether the Oscar nominee would return after Craig’s swan song. Despite the looming doubt, the Schindler’s List actor made his case for staying on as the head of MI6.

So the 59-year-old actor is ready for another Bond outing once the producers settle on a new spy. Having him remain with the franchise would be a major positive to help fans transition into the reinvention.

Naomie Harris reintroduced Eve Moneypenny as a field agent-to-M’s right hand in 2012’s Skyfall. She added a new depth to the witty secretary upon her appearance. After months after No Time to Die’s release, Harris ung on to hope that she will return after planting seeds of doubt about her future with the franchise.

As Harris mentioned, a new Bond could bring in a new MI6 family. She’s still game to play Moneypenny again if producers decided to keep the remaining cast. Like Fiennes, it would be nice to see her remain with the spy film series as a way to bridge the gap between the Daniel Craig era and the new Bond.

Resembling Harris’ introduction, Ben Whishaw reinvented the tech-savvy research developer for a new generation upon his debut in 2012’s Skyfall. Whishaw gave Q a new dimension, and despite the character’s development in No Time to Die, the Golden Globe winner opened up to the BBC about his uncertainty over his return.

Of course, recruiting a new James Bond usually brings in a new cast for a new era. Bond producers being secretive doesn’t quell Whishaw’s doubt over his return as Q. Hopefully, he’ll be brought back for another film so fans can, at least, see how his story plays out.

Léa Seydoux’s Dr. Madeleine Swann made an impression over two movies as James Bond’s most recent love interest from the Craig era. Despite the twist in No Time to Die, she appeared to complete her arc by having Bond’s daughter. Given that she didn’t die in the end, her future with the spy film series is unknown. When speaking about her possible return, Seydoux said:

Having Bond’s only child put her in a special place in the Bond girl pantheon. Driving into the sunset with her and Bond’s daughter might be a proper conclusion to Dr. Swann’s story. But the The French Dispatch star felt there was a door open for her return.

Having an open-ended conclusion did leave room for Seydoux to pop up again. It might not be in the new Bond film, but having Bond’s daughter could lead to a story down the line.

With so many questions in the air, only time will tell if these actors return to play these beloved characters. You can watch No Time to Die to catch the actors playing these roles by getting an Amazon Prime Video subscription.