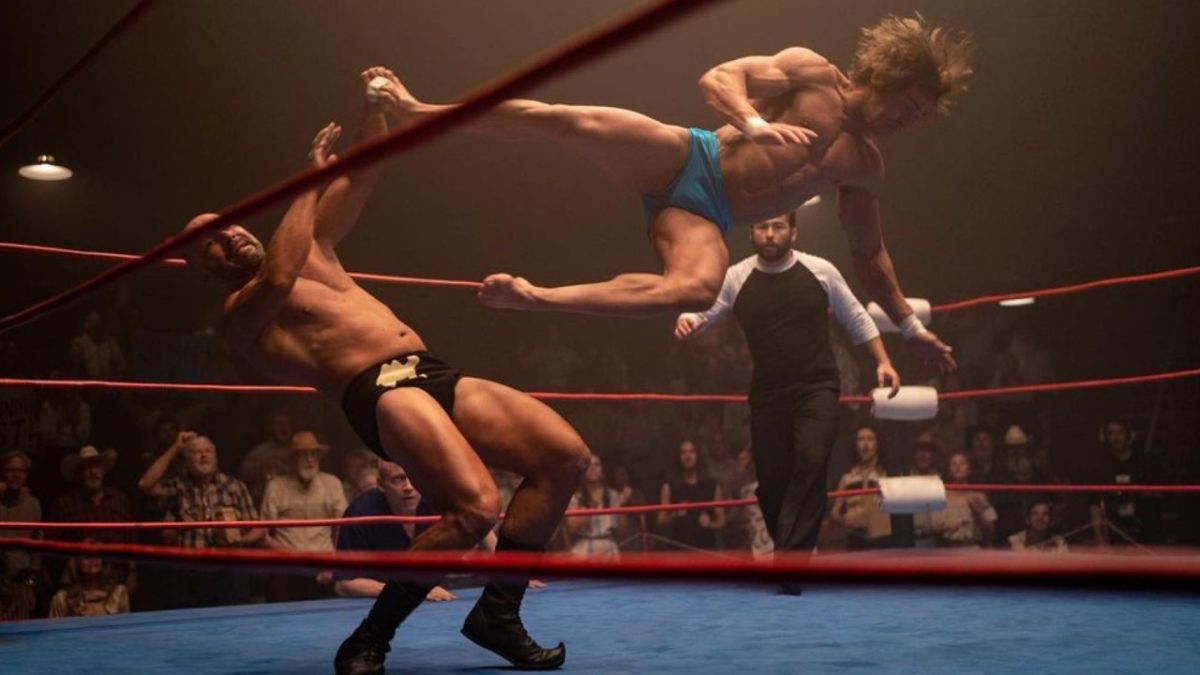 Zac Efron’s The Iron Claw has made a lot of headlines as of late for how shredded the actor looks for the upcoming movie about the Von Erich family. Now, the project has really upped its cred with the pro wrestling community, as the word is out that one of AEW’s biggest superstars will join the film. Wrestler Maxwell Jacob Friedman, commonly referred to as MJF, will enter the fray to help tell The Iron Claw’s story.

MJF joins The Iron Claw in an unknown role, though it seems fair to speculate he’ll use his in-ring experience to portray a notable wrestler attached to the Von Erich family in some way. Deadline reported Maxwell Jacob Friedman will join Zac Efron, as well as other previously cast actors Jeremy Allen White, Harris Dickinson, Holt McCallany, Maura Tierney, and Lily James. The Iron Claw will be MJF’s feature debut, and he’ll be the latest wrestler announced with ties to the project after Chavo Guerrero Jr.

The Iron Claw tells the true story of Kevin Von Erich and the Von Erich family, who had a big impact on the sport of pro wrestling. The Von Erich family is also known for the “Von Erich curse,” which is tied to the fact that out of six offspring, Kevin Von Erich is the sole surviving child of Fritz Von Erich. No doubt the movie will educate a lot of casual and non-wrestling fans about their impressive accomplishments and tragic stories.

Maxwell Jacob Friedman’s appearance in The Iron Claw will undoubtedly draw additional wrestling fans to this movie. MJF made news months ago after his much-publicized falling out with AEW’s top brass Tony Khan, but he’s returned in recent months to honor the rest of his wrestling contract. It’s widely reported MJF is a top prospect the WWE hopes to pull in when his contract expires at AEW, though he’s reportedly under contract until January 2024.

An appearance in The Iron Claw, even in a smaller role, will only raise MJF’s star power even further in the pro wrestling world. Hollywood is littered with former pro wrestlers who turned to acting, like Dwayne Johnson, John Cena and Dave Bautista. It’s possible MJF could be the next major name amongst those accomplished actors, or this is just a one-and-done great performance like Roddy Piper in They Live and he’ll leave Hollywood behind after this.

In either case, it’ll be exciting to see what MJF can bring to The Iron Claw and if that performance will raise his stock when his free agency is officially up in 2024. As of now, he already seems like one of the most promising young talents in pro wrestling, so this could be a huge boost for his career in pro wrestling, if not acting.

The Iron Claw doesn’t have a specific release date at this time, but is expected to appear among the 2023 movie releases. Until then, folks can continue to be impressed by the transformation of Zac Efron, even if there are folks who still think he looks like Lord Farquaad from Shrek.