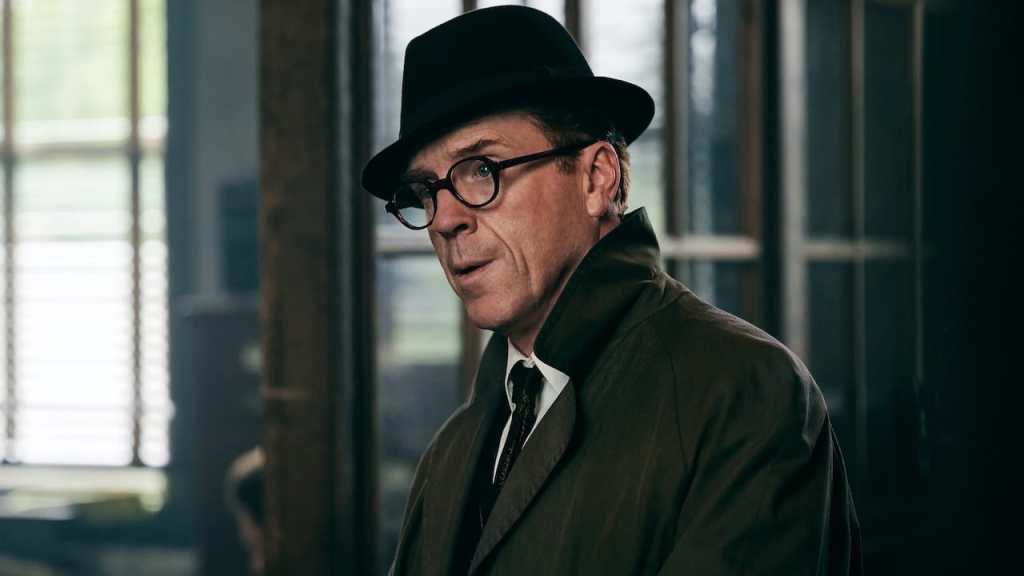 Damian Lewis and Guy Pearce-fronted drama series A Spy Among Friends has found a new home in the U.S. following Spectrum’s move out of original series.

The spy thriller, which is a co-production with UK streamer ITVX, has landed at MGM+, the network formerly known as Epix.

It comes after the series premiered at the London Film Festival and ahead of its British launch in December.

The six-part series, which is based on Ben Macintyre’s book, tells the true story of two British spies and lifelong friends, Nicholas Elliott and Kim Philby.

A Spy Among Friends follows the defection of notorious British intelligence officer and KGB double agent, Kim Philby, played by Pearce, through the lens of his complex relationship with MI6 colleague and close friend, Nicholas Elliott, played by Lewis. The show examines espionage through their friendship, the fallout of which affects East-West relations to this day.

It will air in the U.S. in 2023. Anna Maxwell Martin (Line of Duty), Stephen Kunken (Billions), and Adrian Edmondson (Back to Life) also star.

The series is produced by ITV Studios in collaboration with Sony Pictures Television.

Earlier this summer, Deadline revealed that Charter Communications was getting out of the original programming business and decided to shut down Spectrum Originals as Kathrine Pope, who oversaw the move, left to become President of Sony Pictures Television.

It is the latest British series for the linear network and streaming service, which has Rogue Heroes and Belgravia on its slate.

“I’m very happy to be bringing our Cold War tale of friendship and betrayal to MGM+. They’re the perfect partners for us and I can’t wait for people to see it,” said Damian Lewis.

“Alex Cary has brilliantly adapted Ben Macintyre’s historical novel about friendship, loyalty, and betrayal. He, along with Nick Murphy, Damian Lewis, and the remarkable cast led by Lewis and Guy Pearce, have brought to life this riveting tale of two British spies whose deep personal bond and long friendship is challenged by duplicity and deception,” said Michael Wright, head of MGM+. “This series is emblematic of our new MGM+ brand and the rich, cinematic, and character-driven stories we aim to tell.”