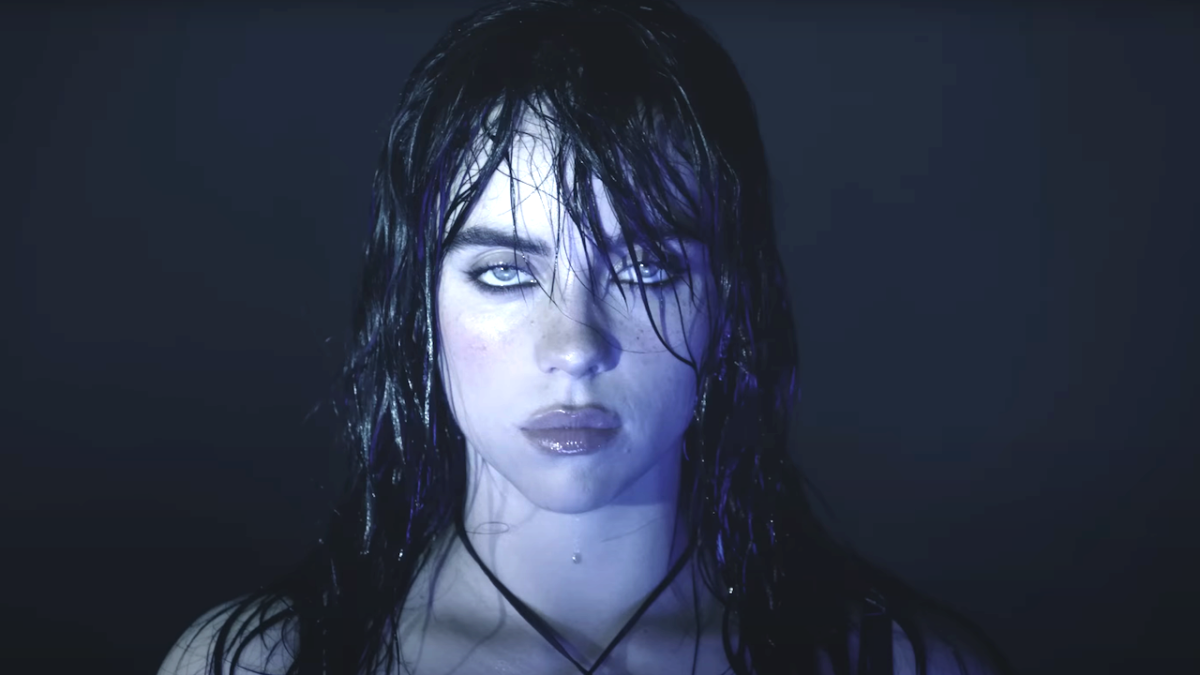 Just like so many pop stars before her, Billie Eilish’s love life has become a part of public discussion as she’s amassed millions of fans who adore her. The latest update on her relationship status is that she is dating the frontman of the rock band behind “Sweater Weather,” The Neighbourhood’s Jesse Rutherford. Since he is 31 and she is 20, the pairing has brought up some concern from fans. Following the backlash, Eilish has received, the singer’s latest interview sheds some light on her feelings about her boyfriend and her fans.

After Billie Eilish and her previous boyfriend Matthew Tyler Vorce split up earlier this year, the artist behind No Time To Die’s Oscar-winning theme has struck up a romance with another singer. Eilish was a fan of Jesse Rutherford’s band prior to meeting him, and as she previously told Apple Music, seeing The Neighbourhood was the first concert she ever saw, and it “completely changed” her life and inspired her. When she was recently asked about her current relationship, Billie Eilish said this:

While speaking to Vanity Fair, Billie Eilish, who added writing music for Pixar’s Turning Red to her accomplishments this year, opened up about how happy she is with The Neighbourhood singer despite a lot of internet hate boiling under the surface. In addition to those words, Eilish said she feels “really inspired” by her boyfriend and “he’s inspired” by her too. In another segment in the interview, she was asked if she has any constructive criticism for her fans. Here’s what she said:

While Eilish wasn’t directly speaking about Jesse Rutherford at the moment, it certainly resonates with the recent backlash she’s received regarding it. Fans have been concerned that there’s an inherent power imbalance between herself and The Neighbourhood singer because of their age gap. For Eilish to ask her fans to “trust” her and know she’s ok and in control feels like it’s very much addressing this criticism.

Yes, she’s 20, but she’s also an adult and free to make her own decisions in her love life, right? The fans really love Eilish and want the best for her, but at the end of the day, internet backlash won’t change how she feels about someone. Eilish and Rutherford’s romance is relatively new, as they were first spotted packing on PDA during a date this October, and have since been seen out and about going to Hollywood Horror Nights, concerts, dinner dates and even a recent red carpet.

Prior to Eilish’s past two boyfriends, fans also got a look at another relationship of hers in the 2020 documentary, The World’s A Little Blurry, which can be streamed with an Apple TV+ subscription. In the doc, we got insight into her time dating rapper 7: AMP and how things fell apart. Billie Eilish certainly doesn’t have to be as transparent about her love life, but the fashionable pop star is choosing to be open and truthful with fans rather than hiding.

Eilish certainly sounds happier than ever, so maybe let’s let her live her life and look forward to her new music and other endeavors in the music and film industry, eh?