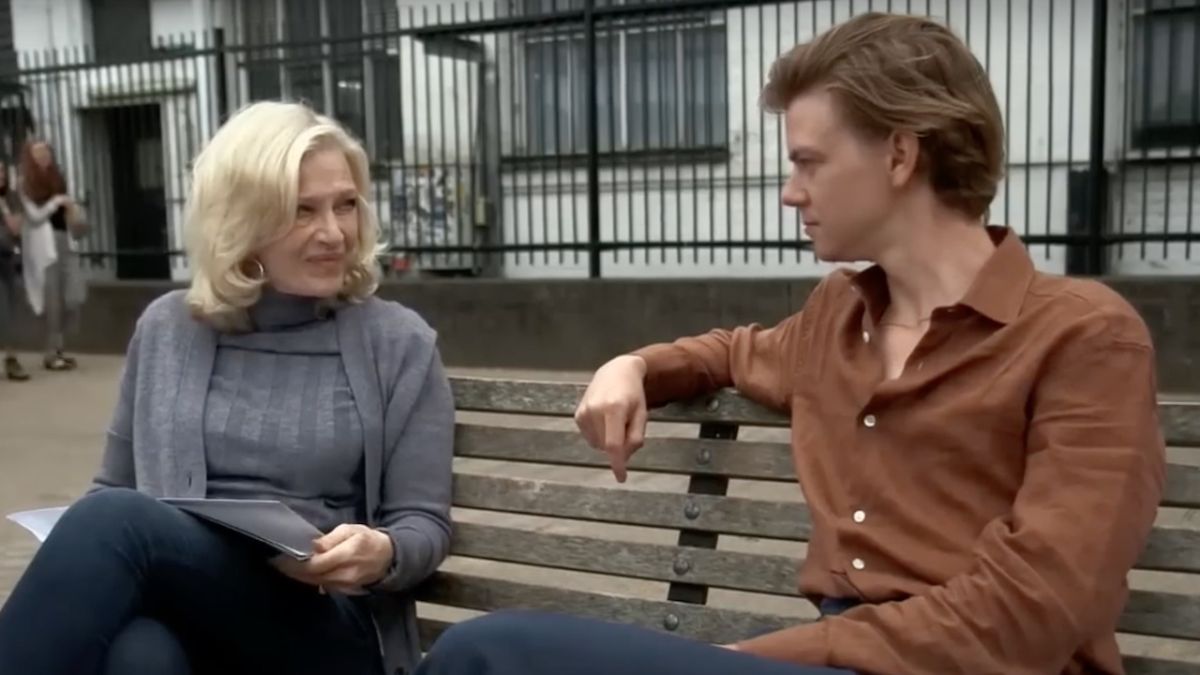 It’s been almost 20 years since Love Actually came out, and it’s safe to say that in that time, it’s joined the ranks of classic Christmas movies… for adult audiences, that is. While we haven’t quite the full two decades since the world was first exposed to this festive comedy packed with love stories, reporter Diane Swayer recently spoke with various actors and behind-the-scenes talent about their experience working on the movie and their thoughts on its longevity. In the midst of shooting this special, Sawyer got to drop a great Love Actually-related quip after police threatened to arrest her.

After airing on ABC News’ 20/20, The Laughter & Secrets of Love Actually:  20 Years Later – A Diane Sawyer Special is now available for Hulu subscribers to watch. Among the people Diane Sawyer interviewed for the special was Thomas Brodie-Sangster, who played Sam, the stepson of Liam Neeson’s Daniel. The two characters memorably had a scene on a bench next to the River Thames where Sam told Daniel he was in love with his American classmate, so Sawyer decided to chat with Brodie-Sangster on that same bench. Unfortunately, the interview abruptly ended when a producer informed Sawyer that police were threatening to arrest the crew because they didn’t have the “proper permit” to shoot there, but that set the famous journalist for this great joke:

In case it’s been a while since you’ve seen Love Actually, towards the end of this popular romantic comedy, Sam raced through an airport as security chased after him so he could say goodbye to Olivia Olson’s Joanna, the girl he loves, before she departed for the United States. Neither Sam nor Daniel actually uttered the words “Now we run” in Love Actually, but it was a fitting quip for Diane Sawyer to drop when the threat of arrest was on the table. Before they left the area though, Sawyer and Thomas Brodie-Sangster tried to grab some pizza, as that was what the latter had for lunch on the day he shot the bench scene with Liam Neeson. They had to suffice with paninis instead.

at Hulu (opens in new tab)

Love Actually was Thomas Brodie-Sangster’s film debut, having previously appeared in TV movies like The Miracle of the Cards and Bobbie’s Girl. Nearly 20 years later, the actor’s credits include Nanny McPhee, Doctor Who, Game of Thrones, the Maze Runner movies and The Queen’s Gambit. It says something, though, that Brodie-Sangster first movie is still where plenty of people arguably know him best from, so even at 32 years old, he still finds himself talking about Love Actually. Other notable actors who appeared in Love Actually included the late Alan Rickman, Emma Thompson (who really went through a breakdown during the movie), Keira Knightley, Colin Firth, Chiwetel Ejiofor, Andrew Lincoln, Laura Linney, Martin Freeman and Hugh Grant (who still hates his character’s dance scene, for those wondering).

If you’re now in the mood to stream Love Actually, make sure you have a Peacock subscription. Thomas Brodie-Sangster most recently played Malcolm McLaren in Pistol, the miniseries about the Sex Pistols, which can be watched on Hulu once you’re done with Diane Swayer’s special.