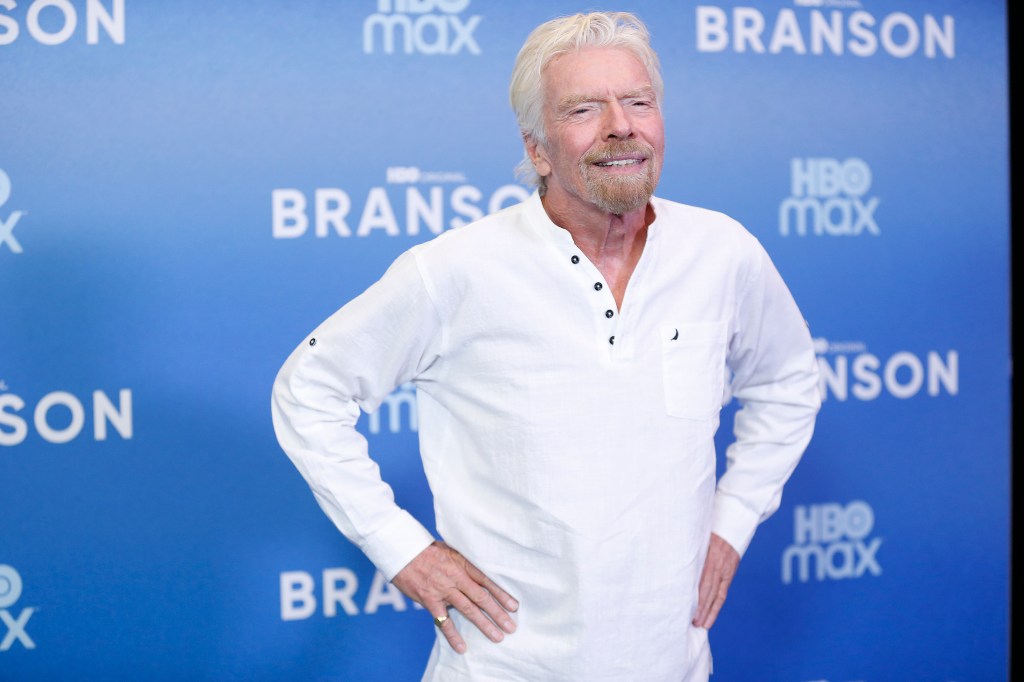 It took a long, long time for Richard Branson to achieve his goal of blasting off into space, but it finally occurred last year after more than a billion dollars invested through his company Virgin Galactic.

“Nothing could prepare you for the view of Earth from space,” he said upon landing. But in a new interview with Deadline, he says the experience did not imbue him that a transcendent “overview effect,” the sense of awe about our place in universe or the perspective of a planet without natural political boundaries, unlike what other astronauts have reported feeling.

“I don’t think there was like a lightning bolt moment in the space flight,” he tells Deadline. “It was extraordinary. It was everything I’d dreamt it would be… But I’ll let you know when I get the thunderbolt.”

The adventurer, entrepreneur and founder of the Virgin group of companies is the subject of the four-part documentary series Branson, which premieres with episode 1 on HBO tonight. Fresh episodes will follow on successive Thursdays and the series will also stream on HBO Max. Doc veteran Chris Smith (Sr., Bad Vegan) directed the series, filming the key interviews with Branson at his island getaway in the British Virgin Islands just days before his long-awaited liftoff.

“Every documentary filmmaker will have a list of subjects that they would be interested in covering,” Smith notes. “Knowing that this person lived on an island in the British Virgin Islands, I was curious like, how did you end up there? How did that happen? What was that journey like?”

Despite that initial curiosity, Smith says it took some time to identify a proper through-line for the series.

“With every project you’re like, what is the angle? What is the reason for this to exist? Why now?” Smith said, adding that the answer came with the realization that Branson was on the precipice of perhaps his greatest single undertaking.

“It was the thing that clicked for me in terms of giving the series a reason to exist — this adventure that he was about to embark on and that there was this whole trail that culminated in this point. And if we could sort of tell his life through a reflection of these adventures and what drove him and who he was and how he ended up here… I kind of looked at it with that lens… So, each episode sort of tracks a different adventure and takes us through a different part of his life.”

Episode 1 explores Branson’s beginnings as a cheeky youth who created Student magazine in 1966 (we learn that among the people he interviewed for the magazine were James Baldwin, Vanessa Redgrave, Mick Jagger and French philosophe Jean-Paul Sartre). The magazine led to mail order ventures and then to the founding of Virgin Records in 1972, which evolved into the biggest independent record label in the world.

Branson has written a couple of memoirs, but says he felt it would be worthwhile to examine his life through another medium.

“I’ve had it had quite a lot of approaches [about doing a documentary],” he says. “I’ve seen a couple of films that Chris had made and thought that he would give it the bite that hopefully a reasonably well-lived life deserved.”

Episode 2 chronicles Branson’s entry into aviation, rather a left turn for someone who had previously focused on publishing and entertainment. The consistent element there was a knack for understanding how to captivate the public; Branson earned “free media” by devising a glitzy launch for Virgin Atlantic, with himself as the vivacious face of the enterprise – the mogul as swashbuckler.

Into his 30s, Branson became increasingly engaged in daredevil expeditions, like trying to break the record for the fastest crossing of the Atlantic by boat. Then he signed up for a hot air balloon journey using experimental technology that aimed to cross the Atlantic where others had failed spectacularly.

“It’s not the slightest bit safe,” a balloonist notes in an archival clip. And, indeed, he almost lost his life when things went wildly awry as the balloon reached its destination near Britain. His life was similarly imperiled as he learned to skydive in preparation for the ballooning trip – he pulled the wrong cord on his parachute during training, a mishap he attributed to dyslexia (both Branson and his two sisters are dyslexic).

Branson’s dyslexia caused him to earn poor marks at boarding school, and in the documentary he says he was beaten “at least 50 times” by school personnel for his academic failings (he also recounts being sexually molested there by a classmate). Revelations like that are what give the documentary series an unexpectedly personal dimension.

The series begins with footage not intended for the documentary – Branson asked to borrow the production’s cameras to record a video message in case he did not survive his trip to space. It was a very real possibility, given that other test flights had resulted in fatal disasters.

“This short video… was never meant for us to use,” Smith admits, “and we stole it.”

It hasn’t been an unending streak of triumphs for Virgin (remember Virgin Cola and Virgin cars?). Virgin Galactic, Branson’s business venture designed to propel paying customers into space, has been beset by delays of many years. It is now hoping to get things going on a regular basis by next year (Virgin Galactic shareholders have sued Branson, claiming he concealed problems with the space venture).

According to some reports, Branson’s flight in July 2021 “strayed from its assigned airspace.” However, he can at least boast of being the first person to reach space in his own company’s rocket, besting Jeff Bezos and Blue Origin by a matter of days. That achievement is the capstone to the series. Branson says he’s seen a rough cut of it, and gives it more or less a thumbs up.

“By and large I’ve felt that they’ve done a good job,” he says. “Obviously, there are things that I would disagree with.”

Branson insists he wasn’t looking for a series that would praise him to the heavens. “Documentaries that are puff pieces generally don’t do that well,” he says. “You’ve got to have a warts-and-all story about your life.”

But he suggested he might have preferred hearing a bit more about some of his current preoccupations that go beyond strictly the business realm.

“Most of my life now is spent on trying to tackle issues — the death penalty and trying to change the war on drugs and lots of different issues,” he observes. “That doesn’t make particularly good documentary viewing. And, so, a big chunk of my life is not there. But it reflects on the stories that are there, I think, fairly.”