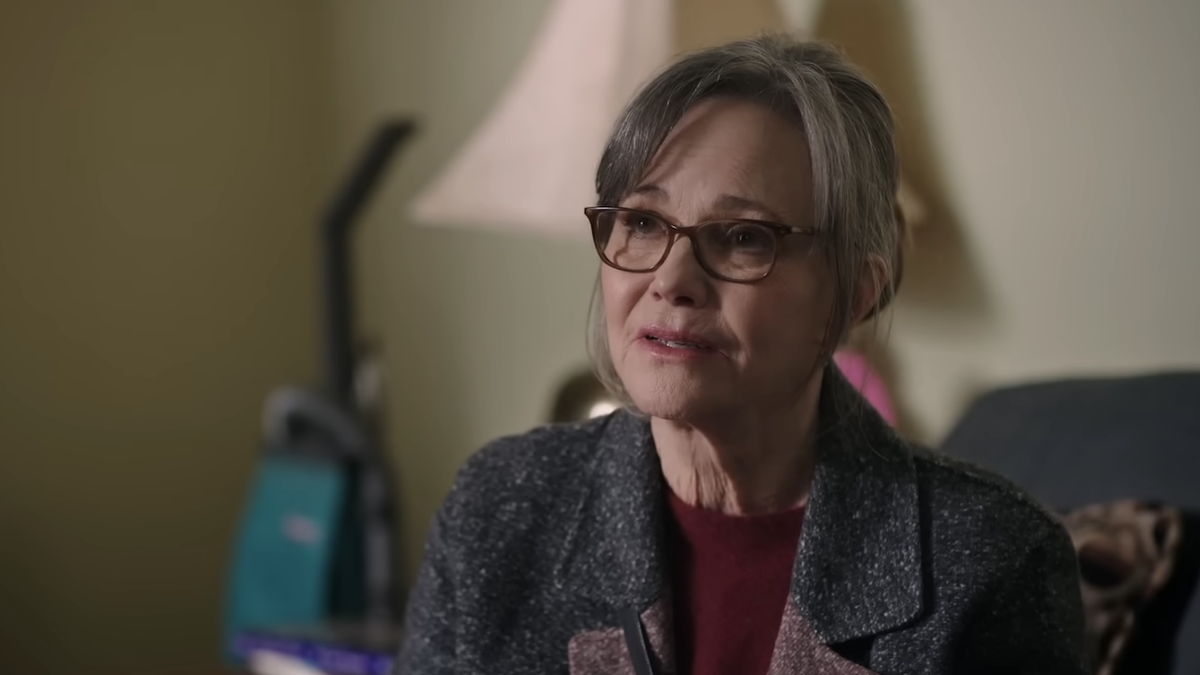 Sally Field has been in the entertainment business for the past six decades. These years of her best movies means plenty of experience with juicy on-screen kisses. Were they all the best though? The Academy Award-winning actress dished about which of her on-screen kisses was her least favorite due to the excessive amount of drool.

On-screen kisses may look pleasing in the eyes of an audience, but can actually be pretty cringe if you’re the actor moving those lips against another with a camera documenting your every move. While on Watch What Happens Live! with Andy Cohen, Sally Field allowed us in on a little secret that her kiss with James Garner in Murphy’s Romance was her favorite. The question is, who was her least favorite? Read her answer below:

Hold the phone! As in, Burt Reynolds who she starred in four films with and dated on and off in real life? Yep, same actor. She met Reynolds in 1977 on the set of their movie Smokey and the Bandit and dated for nearly five years. Field wrote in her memoir In Pieces that she was initially attracted to the Gunsmoke actor’s swagger and charisma. Other than two Smokey and the Bandit movies, she and Reynolds were in the films The End and Hooper before they ultimately split in 1982.

You would think after five years of kissing, Sally Field would have found it enjoyable. But then again, the way you would kiss someone on-screen is totally different than how you would in real life apparently.

Sally Field’s memoir In Pieces was released days after Burt Reynolds’ death in 2018. As her memoir shattered the Hollywood fairytale romance everyone thought she experienced with Reynolds, Field pointed out that what she wrote would hurt her former flame if he was alive to read it. She described the actor as controlling and distant due to the weight of his stardom. The Amazing Spider-Man actress also said that she tried to help Reynolds with a drug problem he was going through on the set of Smokey and the Bandit, but he refused her help. While everything wasn’t sunshine and roses between the two of them, this accomplished actress made sure to point out there was still love and care.

The Gidget actress continued to explain what it was about kissing her former beau that made it so unpleasant. Keep in mind that once you discover what the reason is, you’ll be watching on-screen kisses between her and Reynolds much differently from now on.

Imagine how embarrassing it would be to have to wipe off every kiss as a result of that drool factor. From the perspective of Burt Reynolds on his relationship with Sally Field at the time he was alive, he described the Mrs. Doubtfire actress as the one who got away. He admitted that he didn’t know what he had at the time and that he missed her terribly. I guess we eventually all have someone like that, huh?

The latest film of Sally Field is Spoiler Alert about the emotional true story of Michael Ausiello’s 11-month period of watching his partner of 14 years struggling with terminal cancer. The legendary actress felt like the role was very challenging for her in that she had to push aside her own feelings as an LGBTQ+ ally and play the part of a mother confused about her son’s sexuality. Field is the proud mother of her son Sam who came out as gay when he was a teenager. Other than speaking about her son on talk shows, she showed further support for him by raising awareness of the Equality Act that would add LGBTQ+ protections to existing civil rights laws and strengthen civil rights protections for other marginalized groups. She really does have the Norma Rae spirit.

Oddly enough, Sally Field kissing Burt Reynolds on-screen was not her favorite activity. But, you can’t say those kisses weren’t at least memorable for her. You can watch her performance in the newly released movie Spoiler Alert in theaters now.