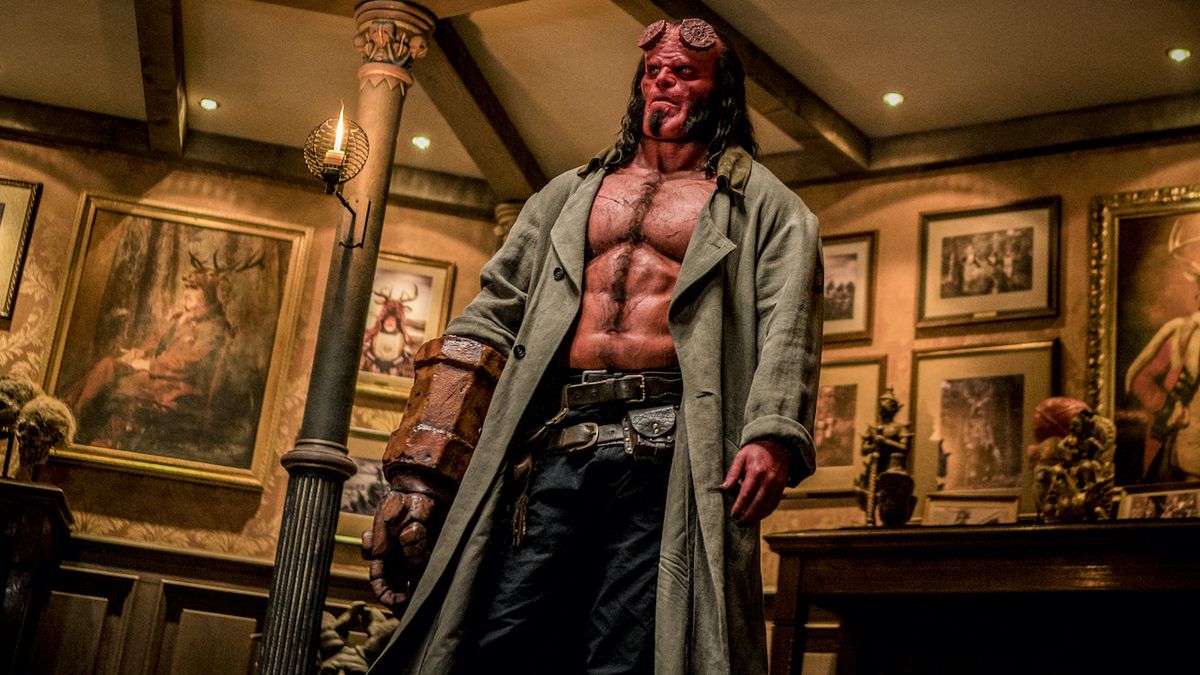 Squeezed in between his minor appearance as Dexter Tolliver in Suicide Squad and playing Red Guardian in Black Widow, Stranger Things’ David Harbour scored his first leading role in a comic book movie via 2019’s Hellboy. Unfortunately, unlike the Ron Perlman-led Hellboy movies, the reboot was both a critical and commercial disaster, resulting in plans for a sequel introducing Abe Sapien being scrapped. Three years after his sole outing as the popular Dark Horse Comics character, Harbour revealed the big thing he learned from working on Hellboy, and dropped an f-bomb in the process.

David Harbour has been making the press rounds lately to promote his new movie Violent Night, which is getting a lot of comparisons to Die Hard online. When Yahoo Entertainment’s Kevin Polowy brought up Hellboy in his interview with Harbour, specifically what lessons he learned from working on the reboot, the actor answered:

It’s interesting that David Harbour selecting not to “fuck with an established IP” as his big lesson from Hellboy considering that he’s now involved in the Marvel Cinematic Universe as Red Guardian, a character who will return for Thunderbolts. In that case though, Harbour joined the MCU 24 movies in, well past when this superhero franchise had become a global phenomenon. Whereas with Hellboy, not only was he getting in on the reboot from the ground up, he was also playing a character with a bigger fanbase than Red Guardian, and one who’d previously been played to great acclaim. That was more of an uphill battle in terms of winning over audiences.

So in that sense, I don’t blame David Harbour for being more hesitant to touch popular IPs, especially taking into account his work on projects like Stranger Things and Violent Night. With those, audience expectations aren’t as cemented compared to what Hellboy fans were hoping for going into the movie that followed Guillermo del Toro’s work on the property a decade earlier. Plus, Harbour also noted specifically with Stranger Things that even those it’s a TV show not based on existing IP, it still allows him to channel a certain beloved cinematic character without people getting mad. As he explained:

Hellboy endured a lot of behind-the-scenes drama during production, and after it came out, David Harbour admitted the reboot had “major problems.” By June 2019, Harbour expressed doubt that a Hellboy sequel would happen, and earlier this year, he revealed that he called Ryan Reynolds after Hellboy flopped because he knew his fellow actor had dealt with a similar situation through 2011’s Green Lantern. Though things didn’t work out with Hellboy, Harbour is doing pretty well for himself these days, and that includes being cast in Neill Blomkamp’s Gran Turismo movie.

If you’d like to judge 2019’s Hellboy for yourself, it can be streamed with an HBO Max subscription. Those of you interested in seeing Violent Night will need to head to your local theater to catch it alongside the remainder of 2022 movies.